I searched articles related to Bin Laden’s death and found this interesting article from elistmania.com, written by FairDinkum and repost it on our top10 list.

9/11 was the worst terrorist mass-murder in history.

Although famed British presenter Simon Reeve detailed the existence, development and objectives of Al-Qaeda in his 1998 bestseller, “The New Jackals: Ramzi Yousef, Osama Bin Laden and the future of terrorism” and warned the world of impending spectacular terrorist attacks, Al-Qaeda only really hit the mainstream after the 9/11.

Since that fateful day, the US and its allies have embarked on a ruthless mission to eliminate Al-Qaeda leadership using drone, cruise missile and air strikes as well as ground operations.

Here we list the top 10 Al-Qaeda leaders they have managed to assassinate.

Although not a high ranking leader, Rashid Rauf was a significant indoctrinator and planner of a number of plots.

Son of a Birmingham baker of Pakistani origin, Rauf fled to Pakistan in 2002 and was soon incorporated into terrorist circles.

He was arrested in Pakistan after the 2006 transatlantic aircraft plot but soon made a spectacularly simple escape from police custody and headed straight to the tribal areas.

He was reportedly killed in a drone strike in late 2008 in North Waziristan but this has never been confirmed and his body was never recovered. 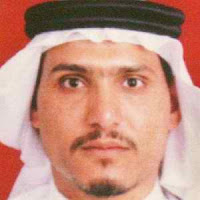 Zarqawi’s successor in Iraq, al-Masri was prominent as a bomb maker and for his association with Ayman al-Zawahiri in Egypt.

Once carrying a $25 million bounty, his headmoney was reduced to $100,000 in 2008 as the US forces determined that he was, “not an effective leader of al-Qaeda in Iraq as he was last year”.

He was killed on April 18, 2010 during a joint American and Iraqi operation in Tikrit, Iraq.

Sayeed al-Masri was one of the few senior members of al-Qaeda who opposed 9/11, fearing a massive US reprisal.

He served as a member of the organization’s shura and was also the payroll in charge, responsible for paying members and compensating families of fallen comrades and suicide bombers.

A shadowy members of extremist circles for more than 30 years, al-Masri was highly respected by the Taliban leadership, in contrast to other Arabs whom they found to be highly arrogant and hotheaded.

His respect and close relationship with the locals might have helped him get elevated to the chief of operations in Afghanistan and up to number 3 in the organization, after Mohammad Hasan Khalil al-Hakim’s death in 2008 .

He was eliminated on May 21, 2010 in North Waziristan, along with his wife and three children by the preferred method of terrorist neutralization; the Predator Drone strike. 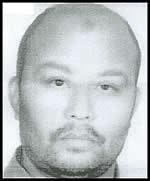 Rumored to be the head of media and propaganda and chief of external operation for Al-Qaeda. Having a long history of Jihadist activity, he was suspected to be involved in the assassination of Egyptian president Anwar al-Sadat and had spend jail time in many countries.

He was also a self-styled jihad scholar and authored many works on the subject.

After Abu Hamza Rabia’s death in 2005, he might also have served as the chief of operations at Al-Qaeda. He was eliminated in a drone strike in November 2008. 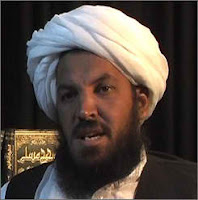 Another veteran of Afghan jihad, al-Libi was a charismatic senior leader who also served as the organization’s spokesman.

Before Al-Qaeda, he had a long history of terrorist and revolutionary activity in his native Libya and was implicated in the 1996 Khobar Towers bombing in Saudi Arabia.

He was killed in a Predator Drone strike in January 2008 in North Waziristan.

A high ranking official and the bomb making boss, Mursi was reportedly the head of al-Qaeda’s R&D division.

Somewhat of a terrorist Dr. Mengele, he is alleged to have used animals to test chemical weapons. His bomb making genius was highly respected in the organization and his protégées include Richard Reid the Shoe Bomber, Ahmed Ressam the Millenium Bomber and Zacarias Moussaoui.

Like most Egyptian terrorists, Mursi had been a member of the Egyptian Islamic Jihad and had been radicalized in 1970’s. A chemical engineering graduate, he was appointed the head of project al-Zabadi or the yogurt project for chemical and biological weapons by Ayman al-Zawahiri.

He was killed on January 13, 2006 in the Damadola drone strike in Pakistan, which was originally intended to take out Ayman al-Zawahiri. After his alleged death, it was revealed that CIA had been erroneously using the photo of radical London cleric Abu Hamza al-Masri on Midhat Mursi’s wanted poster for one and a half year.

Although details about his background and death are sketchy, Egyptian national Abu Hamza Rabia was a key Al-Qaeda operative who might have been ranked as high as number 3 in the organization, only behind Bin Laden and Ayman al-Zawahiri.

He might have been the man who replaced Muhammad Atef after his death and was allegedly responsible for planning of terrorist operations.

In November 2005, He was reported killed in an explosion at his compound which, according to the official version, was caused by his own bomb-making material…and according to the locals, from a drone strike.

After Pakistani president Pervez Musharraf said that he was “200% sure” that he was killed, locals dismissed him as only a low-level activist.

Even by Al-Qaeda standards, Zarqawi was savage and ruthless.

Starting off as a petty thief, he travelled to Afghanistan in the late 1980’s where he met Bin Laden and had formed his own militant group by the mid 1990’s and became a feared man.

The US invasion of Iraq in 2003 gave him the license to exercise his terrorist skills with utmost ferocity and by 2004, he became known as the “Emir of Al-Qaeda in the Country of Two Rivers”.

His campaign of almost non-stop bombings, assassinations and beheadings claimed thousands of victims.

His almost animal-like disregard for civilian casualties and his declaration of war on Shiite Muslims caused concern within the Al-Qaeda high leadership and he was simply considered out of control.

Zarqawi’s reign of terror ended on June 7, 2006 when his Baqubah safehouse was bombed by USAF F-16C jets. 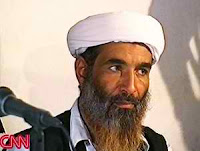 For a long long time, Muhammad Atef or Abu Hafs was the only achievement the US had to show for its huge crusade against Al-Qaeda.

The Egyptian jihadist fought arm in arm with Bin Laden during the Afghan Jihad and was one of the founding members of Al-Qaeda.

By 1996, he had risen to become the organization’s military chief and was directing terrorist operations around the world. 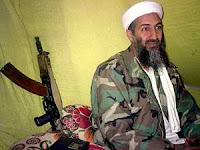 For a long time, the prophet of carnage seemed untraceable and indestructible.

Ever since his escape from hell at Tora Bora, he managed to slither his way, for almost 10 years, into dark pits which seemed out of reach for all forms of technological detection and spying.

But he was finally found, almost miraculously, in the early hours of 2nd May, 2011, not in a cave, not in an accessible mountain fortress, not in a grave but in a mansion located in a rather densely populated city known as Abbottabad.

He was swiftly dispatched with a shot above the eye and fed to the fish.

It remains to be seen whether the master of hide and seek was traced out, spied out or sold out.