Do you think it is enjoyable to be an ethologist, exploring the animal kingdom, discovering and unveiling its wonders which most people do not know? By the way, what is an ethologist?

An ethologist (don’t’ be confused with ethnologist ) is the one who studies animal behavior, the evolution of that behavior and the understanding of the behavior.

Animal behaviors can be instinctive or natural, and both of the classifications can lead to a strange fact.

According to studies, some of the instincts and behaviors are inheritable and these responses are due o environmental conditions that stimulate an animal to act without involving reasons.

Instincts and behaviors are triggered in several ways and you might be surprised of the peculiarity and strangeness of those.

Just like humans, animals also have intuitions and behaviors when they sense danger, when they provide security for their offspring and even some awesome and disgusting ways to survive.

Again, another fascinating diversity will be featured in Henspark about top 10 lists of the Weirdest Animal Instincts, time to explore animal kingdom just like an ethologist. 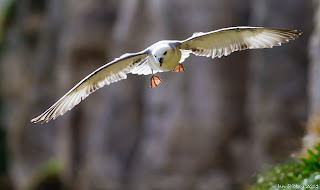 This bird which can be found in Europe, North America and can be named as the most disgusting animal in terms of defending itself. Fulmar means “foul gull” and this animal resembles a seagull.

When it senses danger and sees a nearby attacker, the fulmar have this “projectile vomiting” skill which can reach an enemy up to five (5) feet away.

The vomit is disgusting and acidic. 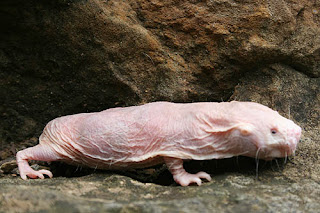 These are not moles neither rats, they are guinea pigs which are also called as desert mole rats and sand puppies).

Why are they weird? Naked mole rats can run very fast… and faster when backwards. Yes, they run backwards faster than normal running.

It is a rare feature in the animal world, and only naked mole rats possess that certain talent.

The Artistic but Destructive Bowerbird 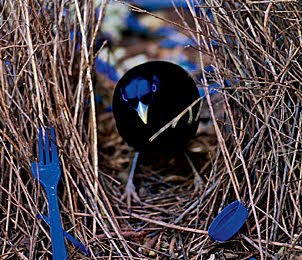 This type of bird is an interior designer, it enjoys designing its nest. One weird attitude of this bowerbird is it will do everything just to gain attention on the nest it decorated. Yes… EVERYTHING… even if it has to destroy other neighbor’s nest.

This bird id meticulous, it uses flowers, feathers, stones and even plastic or glass pieces to decorate its nest. Bowerbirds do this to attract females, it will take him hours to build the nest.

It will only stop building the nest if he has to sabotage another nest. 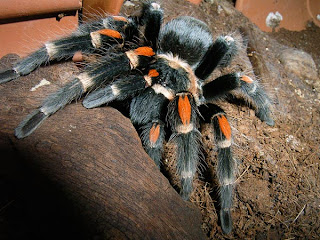 All we know is we have to avoid touching this spider because of the danger it can bring.

When tarantulas sense danger and sees a nearby attacker, it uses its feet to grab hairs from its back and throw it to the attacker.

These hairs are stingy especially when someone gets hit directly to the eye. Tarantulas have to do this because they are vulnerable, they easily die when they fall.

The Bonobo and Sex Life

This certain group of animals has a societal structure where almost everything can be resolve to “SEX”.

Bonobos use sex in almost all aspects of their life, they do it when they greet each other, favors for exchange for food, solve fights over food and territory.

Like humans, they do ALMOST anything a human couple would do in a sexual act. Bonobos are categorized as one of the peaceful and unaggressive species of mammals, and they only have evolved and resorted to sex to avoid violence within their society.

The Long Distance Relationship of the Emperor Penguins 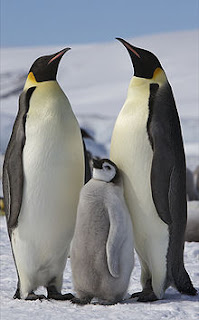 Penguin couples spend their marriage mostly apart, and they only meet on a breeding site once a year.

This breeding period happened in late March, and they meet there after travelling almost 70 miles or 112km on their foot or sliding on their bellies.

On the breeding site, male penguins stay on a certain place, lower their chest and head and call out for their mate. Penguins have this certain skill to identify their partner with the sound they produce.

When they already see each other, they repeatedly bow and continue the sounding they do when they are finding their partners. 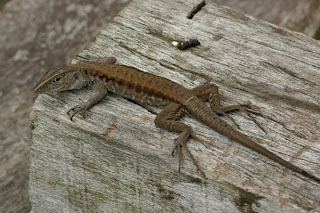 Whiptail Lizards are all females! How do they reproduce? Pseudocopulation, this is the process how whiptail lizards reproduce, they clone themselves.

On this process one will mount and act the role of a male (they switch positions afterwards), They do this to stimulate egg reproduction and when the eggs hatch, they became clones of their mother.

8 – The Weird Parenting of Cuckoo Birds 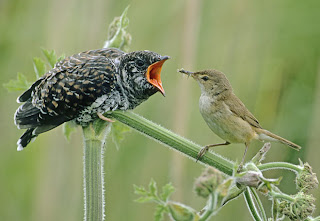 The cuckoo birds do not build their own nest, what they do is to lay their eggs on someone else’s nest.

When it sees a nest and noticed that there are no other birds nearby, it will lay its eggs on that nest.

Cuckoo birds do this every breeding season, and one habit of these birds is the dropping of the other species on the same nest after its eggs already hatched.

They do that to secure the security of the newly hatched babies from the foster parents who own the nest.

Horned Lizards, Nosebleeding is to Mainstream 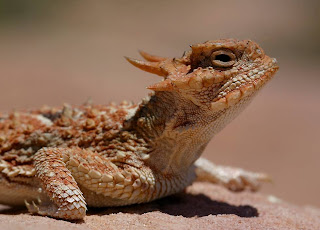 Nosebleeding? It’s too mainstream to horned lizards, have you ever heard of “Eye bloodshot”?

When these lizards sense danger and saw a nearby attacker, he shoots a projectile of bloodshot out of their eyes.

How do they do it? They have this ability to increase their blood pressure in their sinuses and let it explode. The bloodshot can reach up to five (5) feet.

The blood does not contain poison but it has foul taste to canine and feline predators. This is one way to create chaos and confusion to an attacker.

Dung Beetles: All it Needs is Dung 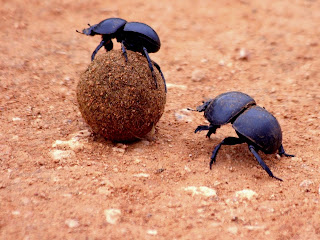 First, dung means manure or feces and dung beetles get its name from it.

Why? They live their whole life in dung! These beetles are part of the scarab family… who loves dung.

They live (eats dung), breed(laid eggs in dung and hatches on it) and eat in dung (they even feed dung to their newly born).

It also have this habit of rolling dung balls, it stand on its head and moving backward using its hind legs to push it around. If the Scarab beetle is an important symbol of religion, what does the Dung beetle symbolize?