10 of the Rarest Animals in the World that may soon go Extinct
jrplaza
1.6k
SHARES
FacebookTwitter

The endangered species such as nearly extinct through hunting and being smuggled in the black market are really in need of proper attention. These creature might be great and beautiful so as rare. So rare, in fact, that you may have never heard of them.

Recent studies show that there are at least 35 different animals with world populations of fewer than 1000. But which are the rarest, the animals on the brink of extinction? Let’s uncover the top 10 lists of rarest animals in the world. 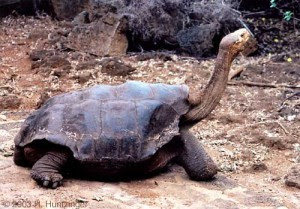 The Pinta Island tortoise was a subspecies of Galápagos tortoise native to Ecuador’s Pinta Island.
The subspecies was described by Albert Günther in 1877 after specimens arrived in London. By the end of the 19th century, most of the Pinta Island tortoises had been wiped out due to hunting. By the mid-20th century, it was assumed that the species was extinct[citation needed] until a single male was discovered on the island in 1971. Efforts were made to mate the male, named Lonesome George, with other subspecies, but no viable eggs were produced. Lonesome George died on June 24, 2012. The subspecies is believed to have become extinct; however, there has been at least one first-generation hybrid individual found outside Pinta Island. 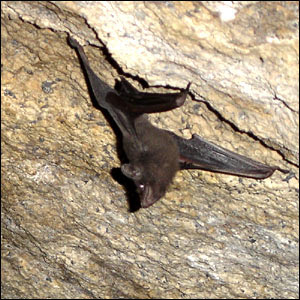 The Seychelles sheath-tailed bat, Coleura seychellensis, is a sac-winged bat. It occurs in the central granitic islands of the Seychelles. It was probably abundant throughout the Seychelles in the past[citation needed], but it has declined drastically and is now extinct on most islands.
It is one of the most endangered animals, fewer than 100 are believed to exist in the world. The Seychelles sheath-tailed bat has suffered from habitat deterioration due to the effects of introduced plant species. The largest surviving roost is on Silhouette Island, although small roosts do exist in Mahé and also Praslin and La Digue islands. Its lifespan is 20 years and also its length is 55–65 millimetres (2.2–2.6 in). It finds its mates by fighting with another male bat in front of the mates.

It has been the focus of recent intensive research, which has determined that it is a species associated with small clearings in forest where it feeds on a wide variety of insect species. Observations of coastal or marsh feeding are thought to be bats that have been forced into feeding in unusual situations due to habitat deterioration. Although the species is not a specialist and has a high reproductive potential it is very vulnerable to disturbance and requires several roost sites within healthy habitat. 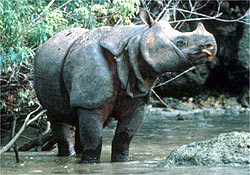 The Javan rhinoceros (Sunda rhinoceros) or lesser one-horned rhinoceros (Rhinoceros sondaicus) is a member of the family Rhinocerotidae and one of five extant rhinoceroses. It belongs to the same genus as the Indian rhinoceros, and has similar mosaicked skin which resembles armor, but at 3.1–3.2 m (10–10.5 feet) in length and 1.4–1.7 m (4.6–5.8 ft) in height, it is smaller (in fact, it is closer in size to the black rhinoceros of the genus Diceros). Its horn is usually less than 25 cm (10 inches), smaller than those of the other rhino species.

The species is critically endangered, with only one known population in the wild, and no individuals in captivity. It is possibly the rarest large mammal on earth, with a population of as few as 40 in Ujung Kulon National Park at the western tip of Java in Indonesia.

The decline of the Javan rhinoceros is attributed to poaching, primarily for their horns, which are highly valued in traditional Chinese medicine, fetching as much as $30,000 per kilogram on the black market. Loss of habitat, especially as the result of wars, such as the Vietnam War, in Southeast Asia, has also contributed to the species’ decline and hindered recovery. The remaining range is within one nationally protected area, but the rhinos are still at risk from poachers, disease and loss of genetic diversity leading to inbreeding depression. 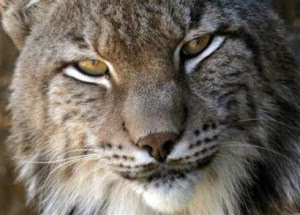 The Iberian lynx, Lynx pardinus, is a critically endangered species of felid native to the Iberian Peninsula in Southern Europe. It is one of the most endangered cat species in the world. According to the conservation group SOS Lynx, if this species died out, it would be one of the few feline extinction since the Smilodon 10,000 years ago.

The species was formerly classified as a subspecies of the Eurasian lynx (Lynx lynx), but is now considered a separate species. Both species occurred together in central Europe in the Pleistocene epoch, being separated by habitat choice. The Iberian lynx is believed to have evolved from Lynx issiodorensis. 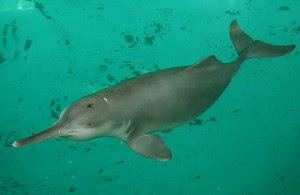 The Baiji (Lipotes vexillifer, Lipotes meaning “left behind”, vexillifer “flag bearer”) was a freshwater dolphin found only in the Yangtze River in China and is nicknamed “Goddess of the Yangtze” in China, the dolphin is also called Chinese River Dolphin, Yangtze River Dolphin, White fin Dolphin and Yangtze Dolphin. It is not to be confused with the Chinese White Dolphin.
The Baiji population declined drastically in decades as China industrialized and made heavy use of the river for fishing, transportation, and hydroelectricity. Efforts were made to conserve the species, but a late 2006 expedition failed to find any Baiji in the river. Organizers declared the Baiji functionally extinct, which would make it the first aquatic mammal species to become extinct since the demise of the Japanese Sea Lion and the Caribbean Monk Seal in the 1950s. It would also be the first recorded extinction of a well-studied cetacean species (it is unclear if some previously extinct varieties were species or subspecies) to be directly attributable to human influence. 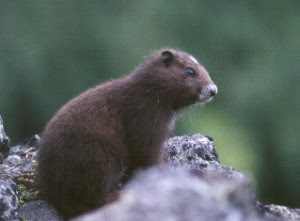 The Vancouver Island marmot (Marmota vancouverensis) naturally occurs only in the high mountains of Vancouver Island, in British Columbia, Canada. This particular marmot species is large compared to some other marmots, and most other rodents. Marmots as a group are the largest members of the squirrel family, with weights of adults varying from 3 to 7 kg depending on age and time of year.

Although endemic to Vancouver Island, Marmota vancouverensis now also resides successfully at several captive breeding centres across Canada as well as several sites on Vancouver Island at which local extinction was observed during the 1990s. This is the result of an ongoing recovery program designed to prevent extinction and restore self-sustaining wild populations of this uniquely Canadian species 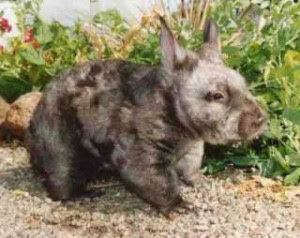 The northern hairy-nosed wombat is one of three species of wombats. It is one of the rarest large mammals in the world and is critically endangered.

Its historical range extended across New South Wales, Victoria and Queensland as recently as 100 years ago, but it is now restricted to one place, a 3 km² range within the 32 km² Epping Forest National Park in Queensland. In 2003 the total population consisted of 113 individuals, including only around 30 breeding females. 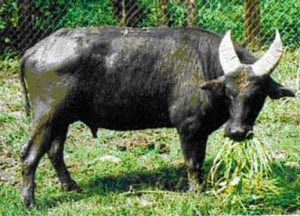 The tamaraw (Bubalus mindorensis) or Mindoro dwarf buffalo is a small, hoofed mammal belonging to the family Bovidae. It is endemic to the island of Mindoro in the Philippines and is the only endemic Philippine bovine. It is believed, however, to have once also thrived on the greater island of Luzon. The tamaraw was originally found all over Mindoro, from sea level up to the mountains (2000 meters above sea level), but because of human habitation, hunting, and logging, it is now restricted to only a few remote grassy plains and is now an endangered species.

Contrary to common belief and past classification, the tamaraw is not a subspecies of the local carabao, which is only slightly larger, or the common water buffalo. In contrast to the carabao, it has a number of distinguishing characteristics: it is slightly hairier, has light markings on its face, is not gregarious, and has shorter horns that are somewhat V-shaped. It is the largest native terrestrial mammal in the country.

The Hispid hare Caprolagus hispidus, also called Assam rabbit is a leporid native to South Asia, whose historic range extended along the southern foothills of the Himalayas. Today, the habitat of hispid hares is highly fragmented with an area of occupancy of less than 500 km2 (190 sq mi) extending over an estimated area of 5,000 to 20,000 km2 (1,900 to 7,700 sq mi). Populations experience a continuing decline in suitable habitat due to increasing agriculture, flood control, and human development. 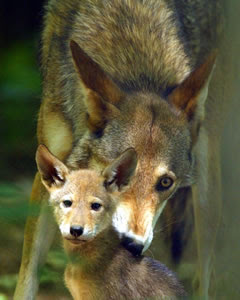 The red wolf (Canis lupus rufus) is a North American canid which once roamed throughout the Southeastern United States. Based on fossil and archaeological evidence, the original red wolf range extended throughout the Southeast, from the Atlantic and Gulf Coasts, north to the Ohio River Valley and central Pennsylvania, and west to central Texas and southeastern Missouri.

Historical habitats included forests, swamps, and coastal prairies, where it was an apex predator. The red wolf being morphologically midway between grey wolves and coyotes, recent genetic research indicate it may actually be a hybrid species. The red wolf became extinct in the wild by 1980. 1987 saw a reintroduction in northeastern North Carolina through a captive breeding program and the animals are considered to be successfully breeding in the wild.
[Reference/Photo Sources: Rarest Animals in the World]