10 of the Most Wanted Terrorist in the World
jrplaza
1.1k
SHARES
FacebookTwitter

The United States has finally inflicted a solid wound to their numero uno enemy, the Al-Qaeda. In a night-raid carried out at a location barely a few kilometers away from the Pakistani capital Islamabad, Osama bin Laden was killed in a dramatic CIA-led operation which involved extensive use of helicopters and ground troops.

The most dreaded terrorist in the world until now, Bin Laden gained attention in September of 2001, when the attacks on the United States left as many as 3,000 people dead and several hundred injured. It was only a matter of time and the man had become one of the most hated and feared men in the world.

After Bin Laden’s death, US President Obama told the world “Justice has been done”.
However, even after Osama’s death, terrorism continues to remain a major threat to the people across the globe. The Federal Bureau of Investigation (FBI) rolled out a list of most wanted terrorists in late 2001 which has been constantly updated since then. Here’s a brief description of ten of most wanted terrorists out of that list which features at least 30 names.

The top 10 list also contains the name of Osama Bin Laden, who is now dead. 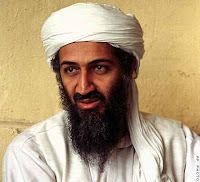 Apart from the 9/11 attacks, the Saudi-born dissident was also wanted in connection with August 7, 1998, bombings of the United States embassies in Dar es Salaam, Tanzania and Nairobi, Kenya. The Al-Qaeda leader was also a suspect in various other terror attacks throughout the world.
Bin Laden was a southpaw who walked with a cane. After 9/11 attacks the United States launched several operations to track the man. But they were not to taste success until 10 years. He had a reward of about $27 million dollars on his head and operated under eight alias names. 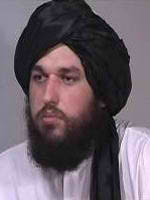 Born as Adam Pearlman in California, US, he converted to Islam in his teens. He is reported to be the cultural interpreter, spokesperson, and media advisor for the terrorist group Al-Qaeda. He has been indicted of treason and material support to Al-Qaeda and is said to be involved in numerous terrorist activities.
Gadahn has scars on his chest and right forearm and operates under eight aliases. The Rewards for Justice Program, United States Department of State, is offering a reward of up to a million dollars for information leading to the arrest of Gadahn.

He is wanted for his alleged involvement in the bombing of two office buildings in San Francisco. A vegan, he is known to be linked to animal rights extremist groups. The man wears glasses, is adept at sailing and is always expected to be armed.
He is reported to have at least three tattoos on his bodies. He has three alias names as well. The FBI is offering a reward of up to $250,000 for information leading directly to the arrest of San Diego. 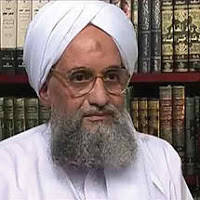 Currently the leader of Al-Qaeda, he is reportedly a qualified surgeon who has a deep and radical understanding of Islamic theology and Islamic history. Al-Zawahiri has been indicted for his alleged role in the August 7, 1998 bombings of the US embassies in Dar es Salaam, Tanzania and Nairobi, Kenya. Egyptian Islamic Jihad (EIJ), the group he founded merged with Al-Qaeda in 1998 under his leadership.

Operating under 12 alias names, Al-Zawahiri can speak Arabic, English and French. The Rewards for Justice Program, United States Department of State, has offered a reward of up to $25 million for information leading directly to the apprehension or the conviction of Ayman Al-Zawahiri.

The man is wanted by the FBI, the Interpol and the US Department of State. He has been indicted in the Southern District of New York for his role in the October 12, 2000, bombing of the USS Cole in Aden, Yemen in which 17 Americal sailors lost their lives.

Al-Quso is believed to be hiding in the mountains of Yemen. He operates under nine aliases. The Rewards For Justice Program, United States Department of State, is offering a reward of up to $5 million for information leading directly to the apprehension or conviction, in any country, of Fahd Mohammed Ahmed Al-Quso.

Born in Bloomington, Indiana, US, Yasin is of Iraqi heritage. He is wanted for his alleged participation in the terrorist bombing of the World Trade Centre, New York City in February of 1993. The bombing led to six deaths, wounding of several individuals, and intense damage to property. He is believed to be held as a prisoner in Iraq since 1994.

FBI reports that Yasin epileptic. He is believed to have a chemical burn scar on his right thigh and operates under at least four alias names. The US Department of State has offered a reward of up to $5 million for information leading directly to the apprehension or conviction of Yasin.

He has been indicted for his alleged role in the August 11, 1982 bombing of Pan Am Flight 830, while it was en route from Japan to Hawaii. A mechanic and explosives expert, he formed an organisation in 1979 whose mission was to promote the Palestinian cause through violence towards the supporters of Israel.

A holder of Lebanese passport, Al-Umari has three alias names. He has a scar on the fingers of his right and one on his left hand in the web between the thumb and the index finger. A reward of up to $5 million is being offered by United States Department of State for information about Al-Umari.

Born in Tripoli, Libya, Al-Liby is under indictment in the United States for his part in the 1998 United States embassy bombings. He has worked as a computer specialist for Al-Qaeda. He recently lived in the United Kingdom where he was granted political asylum.

Al-Liby has a scar on the left side of his face and operates under at least four alias names. The reward on him offered by the United States Department of State is about $5 million. 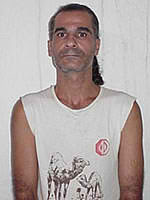 Born in Iraq, Al-Turki faced indictment for his alleged role in September 5, 1986 hijacking of Pan American World Airways Flight 73 during a stop in Karachi, Pakistan. 20 passengers and crew members were killed in the attack.

The man is a heavy smoker and is believed to be residing in a Middle Eastern country. He has five alias names and there is a reward of up to $5 million on offer for information related to him. 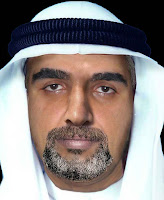 This man is wanted by the United States government for his alleged involvement in the June 25, 1996 attack on Khobar Towers military housing complex near Dhahran, Saudi Arabia. The attacks claimed the life of 19 US Air Force personnels and one local.
Al-Mughassil has been identified as the head of military wing of the Pro-Iran Saudi Hizbullah. He has just one alias name and the US Department of State has offered a reward of up to $5 million dollars for him.