10 of the World’s Most Bizarre and Unique Festivals

10 of the World’s Most Bizarre and Unique Festivals
jrplaza
1.1k
SHARES
FacebookTwitter

We always want to make sure that what amazes us will amaze our readers, too! We love festivities, we love celebrations and we love being dazzled! Today’s topic will surely astonish us all, actually I was amazed while writing this article because there are lots of festivities, bizarre festivities to be exact that exists and practiced until now! As you read the article, you’ll see how bizarre these festivities are.

From the food fight in Spain, cheese-rolling in Coopers Hill, fish-tossing in Australia up to dung-dropping in Alaska, those are just some of the celebrations featured here. As you read the article, you will find out more bizarre festivities and also some facts about it. This article will be your time machine as we feature how these events happened and this is also will be your travel guide as we go to different parts of the world and unveil how these festivities are observed. Let’s start our adventure and our first stop is in Spain! 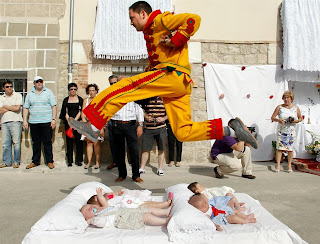 This is a festival held in Spain and started in 1620. This event was held in celebration of the Catholic festival of Corpus Christi. Why do they do this? The jumping they do over the babies was believed to be as the act of cleansing them, they believed that this ritual could cast away evil. Usually the one who leap is a grown man who wears a costume and wields whips and truncheons. All babies that are leaped over have full consent from the parents. 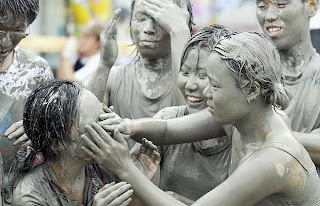 Boryeung Mud festival was held in South Korea. It started in 1998 and millions of visitors are attracted to witness and experience this festival. The mud from Boryeung, South Korea was believed to be rich in minerals, so they trucked it in Daecheon Beach so both tourists and locals can enjoy this muddy and fun celebration. 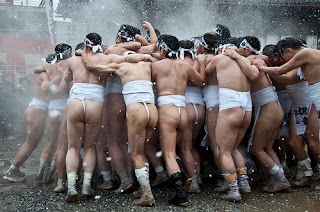 This is a yearly festival which is held in different places in Japan and it can be held in a summer or a winter. Participants of this event usually wear a Japanese loincloth that they called fundoshi. It was a belief that the touching of the genitals will bring good luck and happiness. 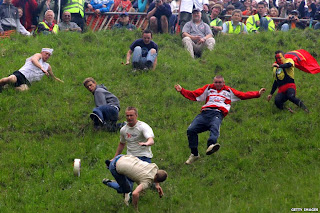 At first you may see that this is kind of easy but it’s not. Cheese rolling festival which is held in England was almost banned by the police but the participants of the event didn’t allow it. Participants roll a 7-pound wheel of cheese while running on the steep Coopers Hill in Gloucestershire. The first one who reaches the bottom of the hill will win the cheese. How fast does the cheese roll? It reaches 70 miles per hour and with that speed it is rare that someone can catch the rolling wheel of cheese. 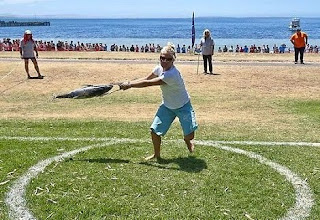 The festival is also known for the ‘Slippery Pole Competition and a procession which they called ‘Blessing of the Fleet.’ The highlight of the event is the tuna-tossing competition where competitors attempt to fling a fish as far as they can. The record-holder for the longest toss is Sean Carlin, an Ex-Olympic hammer thrower; he set the record in 1998 with a toss distance of 37.23 meters. 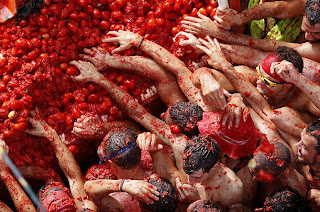 La Tomatina is held in Bunol, Valencia in Spain. This is a weeklong festival, but the most exciting part is on the last day where trucks unload 90,000 pounds of tomatoes. It’s war! It’s a food fight! For one hour, approximately 20,000 people toss tomatoes to everyone, bombarding with the use of the red fruit. This event was known as the messiest and biggest food fight in the world. After one hour of tomato bombardment, all tomatoes are gone and everyone has been messed, special showers and hoses were provided for the participants to wash down. 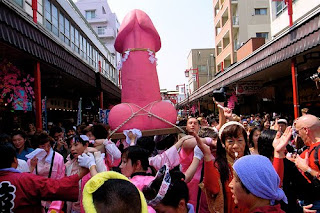 Guess what? It is the famous male reproductive organ festival which is held in Kawasaki, Japan. Participants of this event carried on their shoulders a giant wooden penis which measures about 2.5m long. This is different from Hadaka Matsuri festival which is also known as Naked-Man Festival so don’t get confused.

The event is focused in only one theme, all that resembles a man’s genital. During the event they sell penis-shaped sweets, dumplings and even carved vegetables which is similar to a man’s private part. 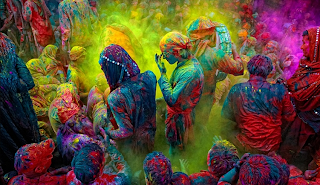 This is a Hindu festival which was observed in India, Guyana and Nepal. Holi is all about colour, during this celebration people throw coloured powder and water at each other. This is what they do on the second day of the celebration; they call this day as Dhulhendi.

The coloured powder they throw is made from Neem, Kumkum, Haldi, Bilva and other medicinal herbs, so they believed that these can protect them from getting fever and cold. 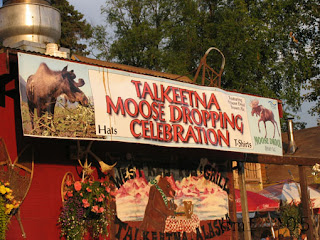 This is an event celebrated in Talkeetna, Alaska on the second week of July. This is a unique celebration because the main feature is moose’s dung. Participants drop moose dung from their hot-air balloons, and the one who will hit the target or landed poop near the target wins. What’s the price? This dung-dropping event will give $1000 to the winner! 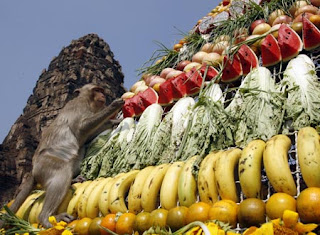 The Thais in Lop Buri adored the primate population that is the reason why they held this yearly festivity. They offer about 3000 kilograms of fruits and vegetables to more than 600 monkeys. This festival is their way of thanking these primates which they believed are one of the best reasons why tourists come over the place. As Thais thanked the monkeys for attracting tourists, tourists came to see how Thais thanked the monkeys. It seems like it is a never ending loop, a never ending cause and effect.