Previously, We already posted 10 of World’s Best Military Units/Arm Forces and it gives me an idea to write a special top 10 list about the world’s best special forces.

Special Forces soldiers need to be physically and mentally robust and have the confidence, courage, and skill to operate individually or in small teams, often in isolation and in a hostile environment.

They are high value assets, commanded at the strategic level that deliver effects disproportionately to their size.

Here’s our Top 10 lists of the World’s Best Special Forces. 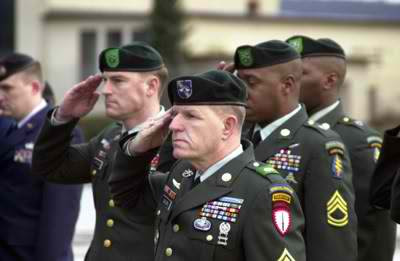 That’s their nickname. Technically they are the U. S. Army Special Forces, as opposed to the special forces of other countries, many of which also wear green berets.

Typically, the Green Berets are trained to administer “unconventional warfare,” which entails infiltrating a hostile area in anticipation of a large-scale military units engagement, and training the local resistance populations to fight back against the enemy.

This was done in South Vietnam, Iraq and Afghanistan, among others.

In the event that there is no local resistance to the enemy, the Green Berets infiltrate and soften up the enemy by “neutralizing” as many of its officers as possible. This usually involved sniping and throat cutting.

Training is very extensive and begins with the Army’s assessment of the recruit’s possession of 12 attributes: intelligence, physical fitness, motivation, trustworthiness, accountability, maturity, stability, judgment, decisiveness, teamwork, influence, and communications. 40% of applicants satisfy the Army that they have these attributes.

Final training consists of various endurance courses, carrying heavy backpacks over 40 miles of rugged terrain, with nothing but a live chicken and a knife, day and night. If the recruit can make a fire, he can eat the chicken cooked. He is not given matches or a lighter.

He is allowed only a compass and his own hand-drawn map, completed from earlier reconnaissance courses. 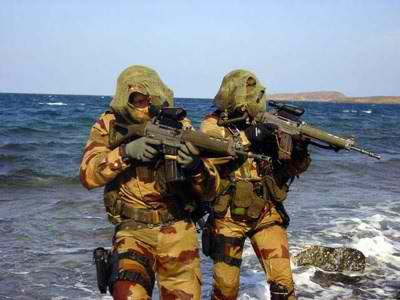 They were established much at the behest of Jacques-Yves Cousteau, who was a naval officer in WWII. 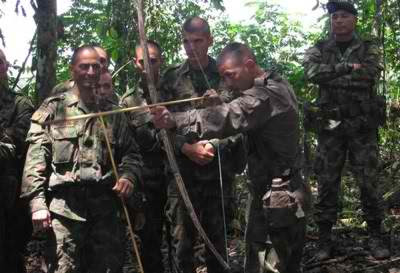 Currently, only men are allowed to try out for the U. S. Marine Corps Forces Special Operations Command. It’s primary missions are typically special reconnaissance, direct action, and internal defense within foreign nations.

Their training regimen is comprised of 4 phases, increasing in strenuousness. Phase 1 is SERE training, survival, evasion, resistance, escape. They are trained to make fire by friction, fire by mirrors, even fire by ice, depending on the location to which they are deployed.

You mold the ice with the heat of your hands into the shape of a lens, which works just like a magnifying glass.

Of course, they take matches and Zippos with them. After this, they begin physical fitness training, and hand-to-hand combat, practicing a hybrid of the most functional martial arts: Jeet Kune Do, Wing Chun, Karate, Jiu-Jitsu, even Pankration.

Then, Sayoc Kali, which is Filipino knife fighting. 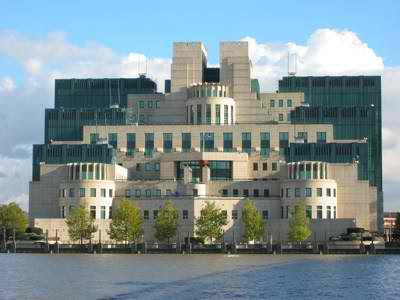 The closest thing to James Bond can be found in the personnel of the UK’s Secret Intelligence Service, or Security Service, section 6.

It works in close partnership with section 5 (MI-5), the latter which is more of a pure spy agency, dedicated to counter-intelligence and counter-espionage.

MI-6, however, is the unit which deploys its agents all over the world to detect international intelligence threats and “neutralize” them before they become truly dangerous.

Their headquarters is at Vauxhall Cross, London, and they will be quick to tell you there that there is no James Bond among them, and that their assignments and missions are quite boring.

They do, however, have an agent very similar to “Q,” who is in charge of all equipment and weaponry deployed for each operation. They also have indoor firing ranges, dojos, and a gym. 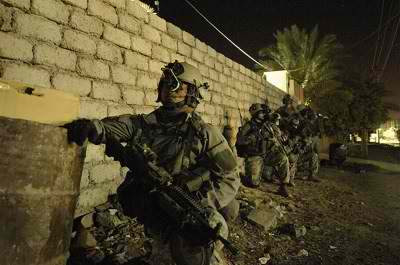 After nine weeks of this, they enroll in Advanced Individual Training, to become masters of their chosen fields, then immediately enroll in the Army Airborne School, then in Ranger Indoctrination or Orientation Programs.

By the time they’ve graduated, they’re so well trained that members have reported waking up screaming from nightmares about Ranger school to be relieved that they are only in Vietnam.

But then, they lose a few points for an incident a Ranger told me about: he was the captain of a tank regiment on maneuvers in the Amazon jungle.

Just an exercise, but because of the sweltering heat, they had to open their tank hatches. This captain, who shall remain nameless, heard a thump behind him, and turned to see a Goliath Bird-eating Spider crawling toward him, raising its front legs and hissing.

He admits to screaming like a girl, knifing the tarantula, jumping out of the tank and running off into the jungle for a mile and a half. His buddies still rib him about it. 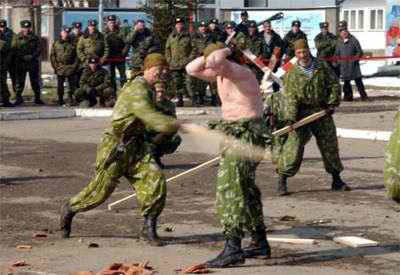 Whereas most of the training regimens of military units around the world are designed to teach, Russia’s Special Purpose Regiments, equivalent to the U. S. Green Berets, endure punishment daily throughout their training.

They may quit anytime they want. The Spetsnaz want only the best, pain-hardened, battle-loving killers.

They spar with the express goal of injuring each other, breaking ribs, fingers, vertebrae, healing only long enough to get back on their feet and complete the training.

They are typically deployed for reconnaissance or house-to-house close quarters combat, but are also employed as extremely formidable bodyguards for high-ranking politicians.

They claim that they are not taught to ignore pain, since that is impossible. They are instead taught to enjoy it. 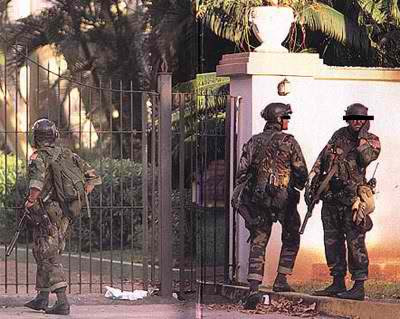 Selection is done according to a physical fitness test: situps, pushups, followed by a 3-mile run, in an undisclosed time limit.< Then an all-night, 18-mile hike over mountainous terrain with a 35 lb backpack and a compass, no map. This finally culminated with a 40-mile hike with a 45 lb backpack, in a shorter time limit.

Then psychologists conduct a grueling battery of mental exams on the recruit to try to break him into confusion.

If he passes this, he actually gets to begin Delta Force training, for 6 months. Firearms, heavy weaponry, elite hand-to-hand training. 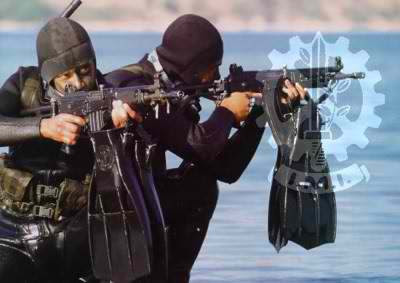 The name means “Flotilla 13,” and their official motto is the same as the Israeli military: “Never Again,” in reference to the Holocaust. Their unofficial motto, as they like to joke, is “When the going gets tough, the Jews get pissed.”

They are 1 of the 3 most elite Israeli special forces units, but Shayetet 13 is the unit most similar to the Delta Force. They specialize in hostage rescue and counter-terrorism, and because they live so close to a host of nations that seem bent on eradicating them, they are at all times ready in an instant to travel abroad and kill.

They are very secretive, but of their missions publicized, the most notable include Operation Spring of Youth, in which they hunted down members of Black September in Beirut Lebanon and killed them, in revenge for the 1972 Munich massacre.

Apart from their firearms and heavy weapons training, they train extensively in Krav Maga, the national martial art of Israel, to which they endearingly refer as “Jew-jitsu.” It’s philosophy is based on the principle that in a real street fight no quarter will be asked or given. Fight to kill.

Groin strikes are quite prevalent. 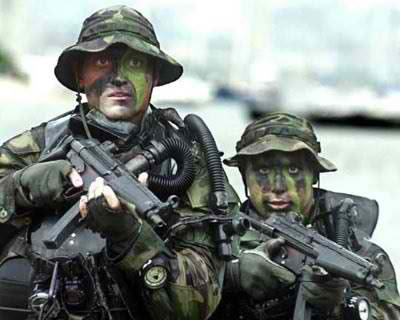 You might think there are a lot of them, given the number of action movies dedicated to the plot device of an invincible warrior, but there are only about 2,000 of them. They are the Unites States’s most elite special warfare combatants.

They are trained in all the fields in which the other U. S. special forces are trained, but to an even higher degree of competency.

SEAL training lasts over a year, and requires an age of between 17 and 28 years, male, incorrect vision no worse than 20/200 in either eye, and correctable to 20/20, and the physical screening test, which is beyond belief.

At least 42 push-ups in 2 minutes with a competitive count of 79 or more.

At least 50 sit-ups in 2 minutes with a competitive count of 79 or more.

At least 6 pull-ups from a dead hang (no time limit) with a competitive count of 11 or more. 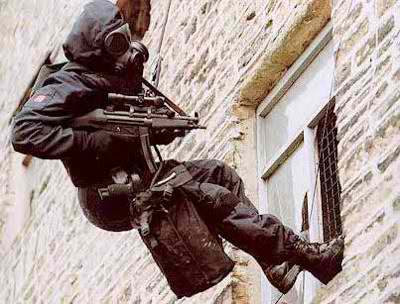 The Special Air Service is trained to perform equally well in all the fields listed for the SEALs, but is also trained by MI-5 and MI-6 for in-depth counter-espionage, more so than the SEALs.

Physical competency must be of equal stature to the SEALs, to the degree that both special forces work closely together when necessary (Iraq and Afghanistan) and have good camaraderie.

They wear a tan beret, just as the U. S. Army Rangers, and both the SAS and SEALs are trained in knife fighting by experts in Apache Indian knife techniques, as well as Sayoc Kali, Krav Maga, Jeet Kune Do, and for the last 3 years or so, the Keysi Fighting Method, made famous by the Chris Nolan “Batman” films.

They have the distinction of being the model on which almost all national commando units are based today, including every other entry on this list.

Watch “Battle of Marawi” a short documentary on the deadliest war the Philippines faced in the history of modern warfare since World War II. 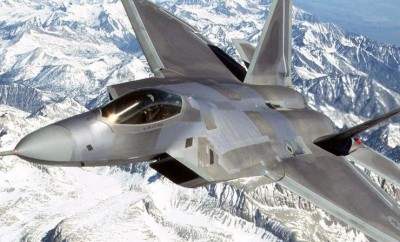 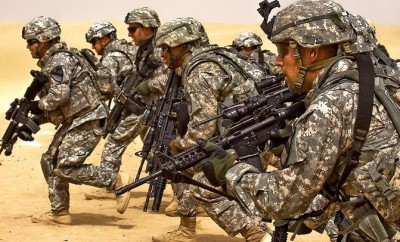