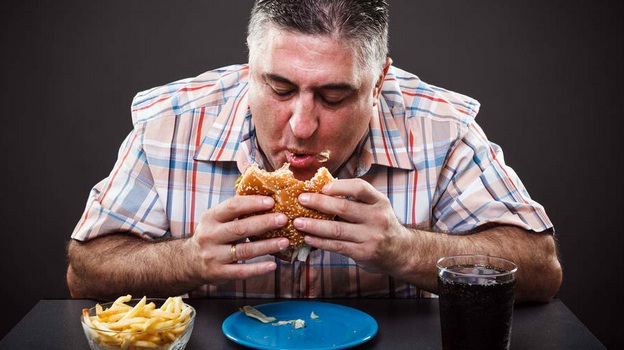 10 of the Most ‘Terrifying’ Foods in the World
Semidoppel
1.1k
SHARES
FacebookTwitter

We love to eat! I am pretty sure that no one will disagree on this fact. But I think I will pass on eating if the foods that will be served to me are the ones which I included in this featured article. Actually, as I write this article, I make sure that I have eaten well. Why? Because I do not want to lose my appetite. Some people may say that the types of food I included in the list are actually delicious, maybe for them, but not for me, or even not on you, too.

By the way if you are somewhat sensitive when it comes to food and issues which are food-related, I am suggesting that before you read this, make sure you already ate. The descriptions and procedures on how these types of food are made can be quite gross. Bon appetit! Escamoles are made from the collected eggs of Liometopum ants, giant black ants which are highly venomous. These eggs are harvested from the roots of tequila and maguey plants in Mexico. Some people named it as ‘insect caviar and considered this cottage cheese-like escamoles as a delicacy. Still about insect-made food, the casu marzu of Italy is another gross sample. This food is a traditional Sardinian cheese made from sheep milk, but live insect larvae are included in the recipe. This cheese is a result of a fermentation stage which is somewhat the same to decomposition and the digestive action of the cheese fly larvae is another factor to make it. The larvae break down the cheese fats making the fermentation process faster. One gross thing about eating this, some people clears the cheese before consuming it, but SOME PEOPLE DO NOT! This is an aged dried or salted whitefish which is a traditional disk of Nordic countries. Some people choose cod or ling, they soak it in cold water for six (6) days (water changed daily), and after that it will be soaked in an unchanged solution of cold water and lye for another two days. The fish will become jelly-like due to the decrease in protein. Another treatment will be done to make this fish edible, it will be soaked again in cold water for another six days (water changed daily) then it will be ready to be cooked. Pacha is whole sheep’s head… boiled! There are sheep soups which are served with the whole and intact head and sometimes including the brains, but it is more often served that the brains are not included due to some consuming risks. The eyeballs and the tongue are also included in the soup. Imagine eating this kind of soup, the more you eat, the more it reveals the skull of the whole sheep’s head. I think I can’t take this.

Welcome to the Philippines, Cambodia, Vietnam and Laos where you can eat soft-boiled fetal duck eggs! Fertilized duck eggs are usually kept warm in a basket for nine (9) days and it will be held to a light to check if the embryo is developing inside. Then, after another eight (8) days it is now ready to be cooked and eaten. Balut is a common streetfood in the Philippines. Most vendors roam around while some vendors attach the basket on their bicycle making carrying and transporting easier. In the Philippines, the ideal balut is 17 days old, a stage where the beaks, feathers, claws and bones are still undeveloped. But in Taiwan they want their balut to be 19 to 21 days old, in that stage the baby chick is quite recognizable.

Do you want to eat dessert? Will you still like it if I say that one of its ingredients are dried fatty tissues which can be found near the fallopian tubes of Asiatic grass frogs? In China, in the regions of Heilongjiang, Liaoning and Jilin, there’s this kind of food with that ingredient. These dried flat pieces are yellowish-white in color and the size expands when rehydrated, from its original size of 1 to 2 centimeters it will expand to 10-15 times its size. Hasma is best paired in sweet soups together with jujubes, dried longan fruits and lotus seeds.

A moose’s nose is removed and boiled until the hairs get loose and easily to remove. After clearing the hair, the nose will be boiled again until it reached a gelatinous phase. This jellied moose nose is a traditional dish from Alaska and is considered as one of most disgusting delicacies.

This is how to prepare this one. First, catch a live bat (flying mouse, fruit bat, fox bat), put it into a container with boiling milk and wait till it becomes tender. Roast the poor bat to desired tenderness and chop it into fine bits with different herbs and spices. Mash the mixture and that’s it, your bat paste is done! Yes, it is easy to prepare but do you think you can easily convinced yourself that you can taste it?

In southwestern Alaska, there is this traditional delicacy that the Yup’ik people still prepares. They fermented salmon heads and it was named ‘stink heads’. They bury the salmon heads in a pit and leave it there for several weeks until it rot. When they think the stink heads are ready, they harvest it and eat the decomposed salmon parts. But beware, eating this kind of food might lead one to serious health risks because of bacteria. Here’s what you should do and prepare for making haggis, a traditional Scottish dish: sheep’s heart, lungs, liver, minced them with onion, suet, spices, oatmeal, salt and mixed with stock. When done, it will be encased inside an animal stomach and simmered for three hours. But nowadays some people used sausage casing rather than animal stomach. They say that haggis is best served with Scotch whisky but some say that it is also a good accompaniment for British Ales. 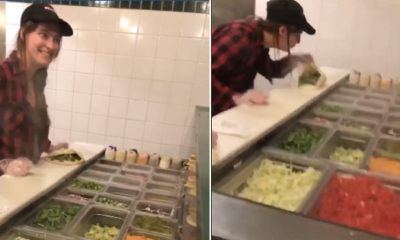 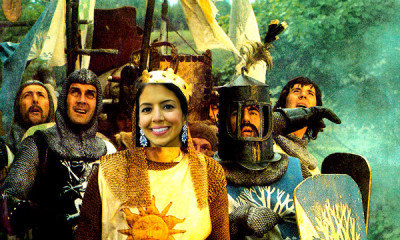