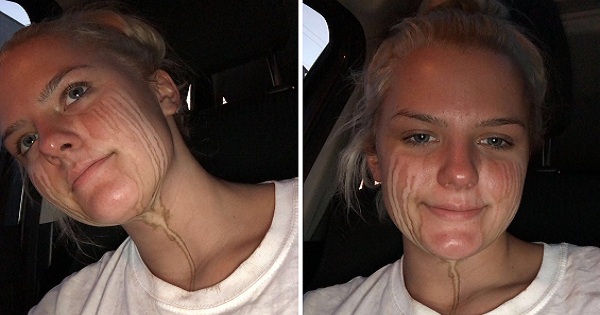 Spray tans are quite popular among young ladies, especially those who wish to look sun-kissed even if they didn’t really go on some summer getaway at a tropical destination. But one teen learned the hard (and hilarious!) way why you should always avoid getting the area wet…

Seventeen-year-old Alex Vinklarek of Houston, Texas, went to a salon before heading off to cheerleading competition. After getting a rather perfect spray tan, the teen was ready to win the day with her team but ended up getting her 15 minutes of fame on the internet. Now, Alex had gotten tons of spray tans in the past and never had any problem with them, up until this moment.

“I’ve always been told not to cry after a spray tan,” she wrote on Twitter, sharing photos of the freaky spray tan fail. The tweet would quickly spread, garnering close to 23,500 retweets and more than 99,000 likes just a week later.

But how did the freaky fail happen? Well, it began when she watched a tearjerker internet video… and everything went downhill from there. “I’m very aware of what happens when water touches [a tan] before you shower it off,” explained to Teen Vogue. “After I got sprayed, I went in my car and started watching videos on Twitter and saw this really heartwarming video of a dog reuniting with its owner.”

A lot of us can easily relate with Alex in terms of shedding a tear or two for these internet clips but after two little teardrops slid down her cheeks, she realized with horror that these damaged her spray tan! Oooops.

As you might have guessed, she realized her mistake and immediately checked her face on the mirror.

“I immediately realized [what happened], and opened my camera to look at [my face]. I saw that I had two streaks, and I started bawling my eyes out. I also kept trying to stop crying, but every time I looked at myself I cried more because it looked so awful,” Alex recalled. Thankfully, after she was done crying over her now freakish spray tan, she found humor in the situation and snapped a few photos before getting it fixed again. Her friends thought it was hilarious and she shared the pictures on Twitter, not expecting that this would blow up almost overnight.

While many were laughing at her, a lot were also laughing with her and readily shared their own spray tan fails.

happens to the best of us pic.twitter.com/Wm5r3ZKv11

i took a nap and drooled half my spray tan off my face 🙃 pic.twitter.com/waKKuwnCMR

Alex is now known as ‘The Spray Tan Girl’ – and she’s actually enjoying all the attention her epic mistake brought. Do you think she’ll get a modeling deal soon? 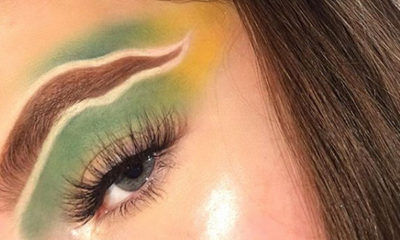 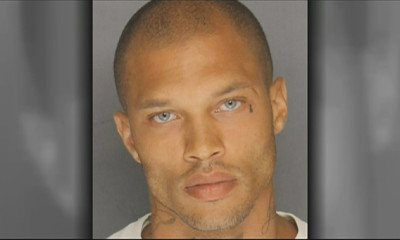