This is not your regular yoga pose or technique.

This one is quite weird, odd and kind of gross-looking yet truly healthful to the body.

This is the Nauli and this generation calls it as the Alien Yoga because of its weird looking style and movement.

Nauli has been around for ages but it isn’t traditionally taught in a large number of yoga classes.

But as of late, it has been gaining more attention and it’s taking over the social media (especially Instagram) by storm.

I don't have much rhythm, but I think I caught the beat there for a second 🤓🙃 #aloyoga #beagoddess #nauli

Nauli has been called an Alien Yoga because of the shapes and movements formed by the abdomen sucking in sharply then waving left to right.

According to Nauli. Org, this yoga technique is a form of cleansing exercise or kriya.

It cleanses the internal organs and tones the abdominal region.

The technique involves exhaling completely, isolating the abdominal region and pulling it under the ribcage.

The abdominal muscles will then be contracted and released to create a side by side waving motion.

According to Megan Spencer King, a yoga and fitness instructor in San Francisco and the East Bay, the wave-like movement (at the abdomen) is meant to increase circulation to the internal organs and can aid indigestion.

She also mentioned that this “Alien Yoga” has spiritual benefits as it helps in the circulation of good energy through the body.

Yoga practitioners believe that this Alien Yoga has endless benefits including improving willpower and emotional stability and even correcting hormone imbalances.

However, health and fitness experts warn that it should only be attempted alongside a qualified yoga instructor because if done incorrectly, this yoga technique could cause extreme discomfort and even minor injury.

Because of its viral popularity in Instagram and other social media sites, some yoga instructors are quite worried that people will do it without even knowing the history, the good and bad effect (if done improperly) of it.

Megan Spencer King voiced out her opinion about its booming popularity:

“The thing that’s sad is nauli is such a sacred and deep technique. If it’s trending on Instagram, I’m pretty confident that a lot of the people hashtagging that don’t have that full breadth of experience.”

She is also quite worried that practicing this yoga technique “just for fun” and for “social media attention” cheapens the whole experience. 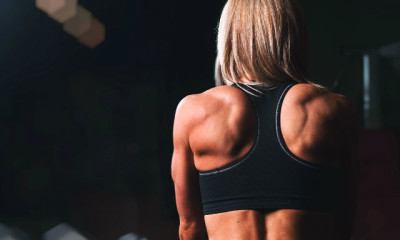