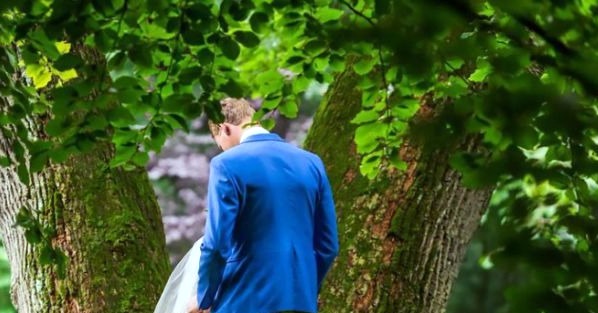 Everyone went nuts after stumbling upon this wedding photo.

At first look, this wedding image of a recently wedded couple appears to demonstrate the combine lacking both tolerance, impatience, and the dread of having discovered.

In the viral photo, the groom was seen standing with his blue wedding trouser down, and with the bride on her knees before him is performing a blow-job.

The picture of the Dutch couple was posted online by the photographer, and was soon become viral and shared by the Netizens. The caption in the picture read: “Some newlyweds cannot wait for the party to be over so they can quietly retreat to their suite for a smashing wedding night.”

“Luckily they already exchanged their wedding vows and they were officially married.”

However, the scene was completely innocent, and was posed by the newlyweds as a joke.

The truth is, this photo was staged which was suggested to the couple by one of their mothers, photographer Michel Klooster said.

“I don’t want private parts visible on the picture, but everything that creates the impression is interesting.”

“They were anyway very cheerful people. A nice and casual wedding, at which everything did not have to be so formal.”

“Anyone who thinks this is offensive, still lives in the year 1996 according to my opinion. Of all the pictures taken, there is one that is playful, which in ten years is still fantastic to talk about”

“Give these people their joy. That is also something I wish to you. Life is already prudish enough.” 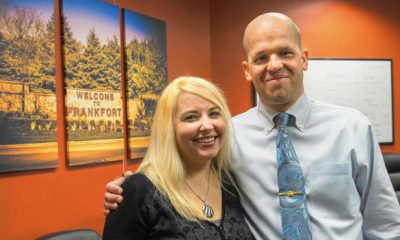 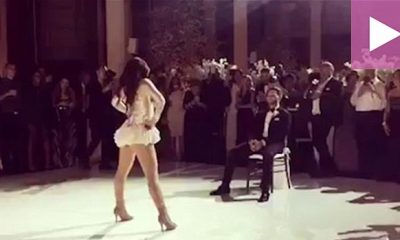 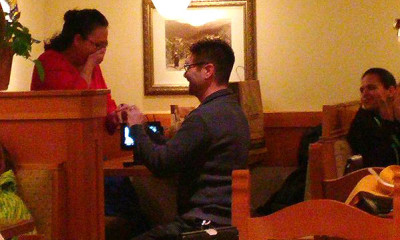 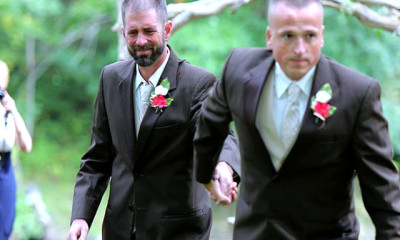 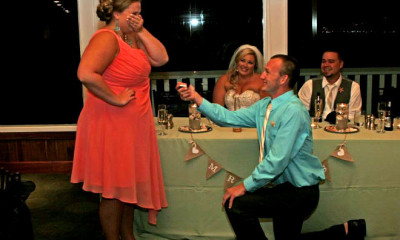