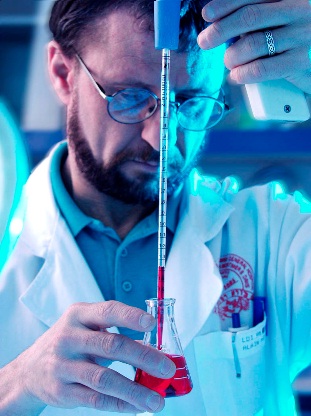 10 of the Best & Revolutionary Medical Discovery of the Decade

10 of the Best & Revolutionary Medical Discovery of the Decade
jrplaza
1.4k
SHARES
FacebookTwitter

The world of health and applied medical technology evolves in rapid phase and show signs of hope in humanitarian fullness. As years run by, more and more discoveries are achieved – from breast cancer breakthrough, first bird flu vaccines to name a few.

Breakthroughs in medical field are vitally important not just for the survival of human species but also embark the context of great knowledge and understanding in the cycle of every life we have seen. The prominent Time and Prometheus movie inspires me to compile this top 10 list of medical breakthrough of the decade. Wondering what is the future for medical technology and applied science in the field of biogenetics – well, lets find out.

There are several H5N1 vaccines for several of the avian H5N1 varieties, but the continual mutation of H5N1 renders them of limited use to date: while vaccines can sometimes provide cross-protection against related flu strains, the best protection would be from a vaccine specifically produced for any future pandemic flu virus strain. Dr. Daniel Lucey, co-director of the Biohazardous Threats and Emerging Diseases graduate program at Georgetown University has made this point, “There is no H5N1 pandemic so there can be no pandemic vaccine”. However, “pre-pandemic vaccines” have been created; are being refined and tested; and do have some promise both in furthering research and preparedness for the next pandemic. Vaccine manufacturing companies are being encouraged to increase capacity so that if a pandemic vaccine is needed, facilities will be available for rapid production of large amounts of a vaccine specific to a new pandemic strain.

Alli also known as tetrahydrolipstatin, is a drug designed to treat obesity. Its primary function is preventing the absorption of fats from the human diet, thereby reducing caloric intake. It is intended for use in conjunction with a physician-supervised reduced-calorie diet. Orlistat is the saturated derivative of lipstatin, a potent natural inhibitor of pancreatic lipases isolated from the bacterium Streptomyces toxytricini. However, due to simplicity and stability, orlistat rather than lipstatin was developed into an anti-obesity drug. On 23 January 2006, a U.S. Food and Drug Administration advisory panel voted 11 to 3 to recommend the approval of an OTC formulation of orlistat, to be marketed under the name Alli by GlaxoSmithKline. Approval was granted on 7 February 2007, and alli became the first weight loss drug officially sanctioned by the U.S. government for over-the-counter use. Consumer advocacy organization Public Citizen, through its Health Research Group, opposed over-the-counter approval for orlistat, calling it “the height of recklessness” and “a dangerous mistake” due to questionable benefits and possible adverse effects. Alli became available in the U.S. in June 2007. It is sold as 60 mg capsules—half the dosage of prescription orlistat.

Having a parent with type 2 diabetes ups your odds of developing the disease, but why do some sibs get it and others don’t? The answer lies somewhere in your genetic code, and this year brought scientific sleuths closer to cracking it. Research teams from the United States and Finland uncovered four new genetic variants linked to an increased risk of diabetes, which afflicts about 170 million people worldwide. Combined with the six variants scientists had discovered previously, it brings the total to 10. Eventually, these discoveries will aid experts in pinpointing those at greatest risk for developing type 2 diabetes.

Women wanting to dodge the nuisance of their monthly menses can now turn to Lybrel, the first continuous use birth control drug approved by the FDA. Made by Wyeth Pharmaceuticals, the new contraceptive is similar to the conventional Pill — minus the placebos. Typically, a month’s worth of birth control pills includes four to seven days of placebo pills, which trigger menstruation. With Lybrel, the dummy pills are replaced with daily doses of hormones, eliminating menstruation altogether. The downside? Most women will have some spotting and breakthrough bleeding, especially during the first year of use.

People who suffer from the chronic fatigue, muscle pain, and stiffness of fibromyalgia finally have a drug to call their own. This year the FDA approved the antiseizure drug Lyrica (pregabalin), made by Pfizer, as a treatment for fibromyalgia. The news was a long time coming for the 3 to 6 million Americans, most of them women, who suffer from the frustratingly elusive and complex condition; the pain of fibromyalgia is unique and, therefore, unresponsive to conventional painkillers. In studies, Lyrica not only soothed the aches of fibromyalgia but also significantly improved patients’ quality of life. Lyrica already had the FDA’s okay as a treatment for epilepsy, discomfort from shingles, and neuropathy, or nerve pain, often caused by diabetes.

Lung cancer is the leading cancer killer in America and is responsible for more deaths than the next three most common cancers combined (colon, breast, and prostate). One reason lung cancer is so deadly is that by the time tumors are diagnosed, usually as a result of physical symptoms like coughing up blood, the cancer is often advanced and tough to treat. But a new blood test may improve the odds of catching the disease earlier, at a more curable stage. Called LC Detect, the test measures blood levels of a protein present in all stages of lung cancer, but rarely seen in healthy people. While the test alone can’t confirm a diagnosis of lung cancer, it can be used in conjunction with chest X-rays, CT scans, and other imaging technology to hone in on early-stage tumors.

This was a banner year for stem-cell research. But one advancement that may not have had its due was the discovery of stem cells in amniotic fluid. Researchers believe that amniotic fluid–derived stem cells, AFS for short, have the potential to give rise to many, but perhaps not all, of the 220 specialized cell types found in the human body — placing the potential usefulness of AFS cells somewhere between embryonic and adult stem cells. Best of all, AFS cells are easy to come by. They’re bountiful in fluid specimens left over from amniocentesis, a common prenatal procedure that extracts amniotic fluid to test for genetic disorders; another ready source of AFS cells may be “afterbirth,” the tissue new mothers lose after childbirth. Considering that four million babies are born in the United States each year, AFS cells are sure to draw much future research.

Vitamin D is a group of fat-soluble secosteroids. In humans, vitamin D is unique because it can be ingested as cholecalciferol (vitamin D3) or ergocalciferol (vitamin D2) and because the body can also synthesize it (from cholesterol) when sun exposure is adequate (hence its nickname, the “sunshine vitamin”). Although vitamin D is commonly called a vitamin, it is not actually an essential dietary vitamin in the strict sense, as it can be synthesized in adequate amounts by all mammals from sunlight. An organic chemical compound (or related set of compounds) is only scientifically called a vitamin when it cannot be synthesized in sufficient quantities by an organism, and must be obtained from the diet. However, as with other compounds commonly called vitamins, vitamin D was discovered in an effort to find the dietary substance that was lacking in a disease, namely, rickets, the childhood form of osteomalacia. Additionally, like other compounds called vitamins, in the developed world vitamin D is added to staple foods, such as milk, to avoid disease due to deficiency. The best evidence of benefit is for bone health and a decrease in mortality in elderly women.
Reference/Source: Time.com – Top 10 Everything of 2007