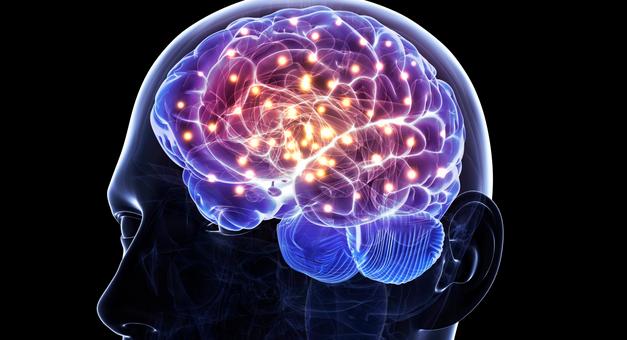 Think of rare mental diseases? You might not have heard of Stendhal syndrome or Wendigo psychosis, but these diseases, syndromes and disorders don’t feel ‘rare’ to the people and families afflicted with them.

Although the exact cause of most mental illnesses is not known, it is becoming clear through research that many of these conditions are caused by a combination of genetic, biological, psychological, and environmental factors — not personal weakness or a character defect — and recovery from a mental illness is not simply a matter of will and self-discipline.

Let me take you through these top 10 lists of bizarre, rare but real mental disorders.

Phantom limb syndrome is the perception of sensations, including pain, in a limb that has been amputated. People with this condition experience feelings in the limb as if it were still attached to their body. This is because the brain continues to receive messages from nerves that originally carried impulses from the missing limb.

The exact cause of phantom limb syndrome is unknown. Presumably, the sensations are due to the brain’s attempt to reorganize sensory information following the amputation. The brain must essentially rewire itself to adjust to the changes in the body.

Synesthesia is a condition in which one sense (for example, hearing) is simultaneously perceived as if by one or more additional senses such as sight. Another form of synesthesia joins objects such as letters, shapes, numbers or people’s names with a sensory perception such as smell, color or flavor. The word synesthesia comes from two Greek words, syn (together) and aisthesis (perception). Therefore, synesthesia literally means “joined perception.”

Synesthetic perceptions are specific to each person. Different people with synesthesia almost always disagree on their perceptions. In other words, if one synesthete thinks that the letter “q” is colored blue, another synesthete might see “q” as orange.

Triskaidekaphobia, or fear of the number 13, does not fit neatly into a clinical definition of a specific phobia. The number 13 is not an object or a situation, and it can be impossible for the sufferer to avoid. Moreover, in order for a phobia to be diagnosed, it must significantly impact the sufferer’s life. Most people with triskaidekaphobia find that their fear only arises in certain situations, and does not significantly impair their lives.

Therefore, experts have long debated the scientific validity of triskaidekaphobia. Some feel that it should be classified as a superstition or even taken as a sign of magical thinking, which in conjunction with other symptoms, could point to a delusional disorder.

Foreign accent syndrome (FAS) is speech disorder that causes a sudden change to speech so that a native speaker is perceived to speak with a “foreign” accent. The FAS is most often caused by damage to the brain caused by a stroke or traumatic brain injury. Other causes have also been reported including multiple sclerosis and conversion disorder and in some cases no clear cause has been identified.

Speech may be altered in terms of timing, intonation, and tongue placement so that is perceived as sounding foreign. Speech remains highly intelligible and does not necessarily sound disordered.

FAS has been documented in cases around the world, including accent changes from Japanese to Korean, British English to French, American-English to British English, and Spanish to Hungarian.

Stendhal syndrome is a psychosomatic disorder that causes rapid heartbeat, dizziness, fainting, confusion and even hallucinations when an individual is exposed to an experience of great personal significance, particularly viewing art.
The term can also be used to describe a similar reaction when confronted with immense beauty in the natural world.

The Capgras delusion is a disorder in which a person holds a delusion that a friend, spouse, parent, or other close family member has been replaced by an identical-looking impostor. The Capgras delusion is classified as a delusional misidentification syndrome, a class of delusional beliefs that involves the misidentification of people, places, or objects (usually not in conjunction).

It can occur in acute, transient, or chronic forms. Cases in which patients hold the belief that time has been “warped” or “substituted” have also been reported.

The delusion most commonly occurs in patients diagnosed with paranoid schizophrenia, but has also been seen in patients suffering from brain injury and dementia. It presents often in individuals with a neurodegenerative disease, particularly at an older age. It has also been reported as occurring in association with diabetes, hypothyroidism and migraine attacks. In one isolated case, the Capgras delusion was temporarily induced in a healthy subject by the drug ketamine. It occurs more frequently in females, with a female:male ratio of 3:2.

The Wendigo is a demonic half-beast creature appearing in the legends of the Algonquian peoples along the Atlantic Coast and Great Lakes Region of both the United States and Canada. The creature or spirit could either possess characteristics of a human or a monster that had physically transformed from a person. It is particularly associated with cannibalism. The Algonquian believed those who indulged in eating human flesh were at particular risk; the legend appears to have reinforced the taboo of the practice of cannibalism. It is often described in Algonquian mythology as a balance of nature.

The legend lends its name to the disputed modern medical term Wendigo Psychosis. This is supposed to be a culture-bound disorder that features symptoms such as an intense craving for human flesh and a fear the sufferer is a cannibal. This condition was alleged to have occurred among Algonquian native cultures, but remains disputed.

Cotard’s Delusion is a mental disorder where people suffer the nihilistic delusion that they are dead or no longer exist. First reported in the 1700s, the disorder is still largely a mystery today. The underlying cause isn’t understood; it’s been linked to bipolar disorder, depression and/or schizophrenia depending on the patient’s age.

2 – Alice in the wonderland syndrome

Alice in Wonderland syndrome is a disorienting neurological condition that affects human perception. Sufferers may experience micropsia, macropsia, or size distortion of other sensory modalities. A temporary condition, it is often associated with migraines, brain tumors, and the use of psychoactive drugs. It can also present as the initial sign of the Epstein–Barr virus.

Anecdotal reports suggest that the symptoms of AIWS are fairly common in childhood,[citation needed] with many people growing out of them in their teens. It appears that AIWS is also a common experience at sleep onset.
Alice in Wonderland Syndrome can be caused by abnormal amounts of electrical activity causing abnormal blood flow in the parts of the brain that process visual perception and texture.

Jerusalem syndrome is a group of mental phenomena involving the presence of either religiously themed obsessive ideas, delusions or other psychosis-like experiences that are triggered by a visit to the city of Jerusalem. It is not endemic to one single religion or denomination but has affected Jews, Christians and Muslims of many different backgrounds.

The best known, although not the most prevalent, manifestation of Jerusalem syndrome is the phenomenon whereby a person who seems previously balanced and devoid of any signs of psychopathology becomes psychotic after arriving in Jerusalem.

The psychosis is characterised by an intense religious theme and typically resolves to full recovery after a few weeks or after being removed from the area. The religious focus of Jerusalem syndrome distinguishes it from other phenomena, such as Stendhal syndrome, which is reported in Florence, Italy, or Paris syndrome, which has been reported predominantly in Japanese individuals.