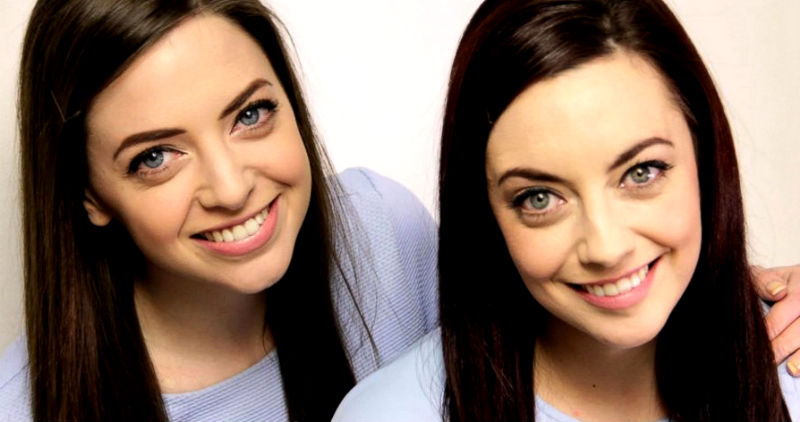 New Update: The two twin strangers from Ireland — who never knew the other existed until two months ago — recently took a DNA test to find out if they were related.

The results “absolutely surprised” the both of them, according to Niamh Geaney, who added that she and her doppelganger Irene Adams “couldn’t believe” the results.

Below are the results, which were delivered earlier this month to Geaney and Adams:

Probability of Being Full Siblingship

There was only a 0.0006 percent chance the two had the same parents.

Probability of Being Half Siblingship

There was only a 0.1 percent chance the two shared one parent.

Probability of Sharing a Common Ancestor Up to 20,0000 Years Ago

They look so much alike that it was hard to tell who’s who but would you believe me if I tell that these girls are really unrelated and had just met?

Meet Karen Branigan and Niamh Geaney. The two lived only an hour apart yet have never known about each other until one day when Niamh took a challenge along with two other friends, Harry English and Terence Manzanga.

The challenge was for them to find their own “twin stranger”, that one person who looks exactly like them.

They set a 28-day deadline for them to find that perfect stranger who wasn’t related to them but looked like their twin.

This challenge was sparked by a viral video made by Sophie Robehmed, the British journalist who set out to find her twin stranger and found her living just hours away from where she had lived most of her life.

Perhaps we could say their dads had some explaining to do but could it be possible that these people really looked the same without even being related by blood?

It is hard to believe that is possible yet these twin strangers proved that is really something that could happen in real life.

Of course, there were no talks about them taking a DNA test to confirm whether they were related at all – that would have defeated the purpose of the twin stranger challenge and would probably have a large impact on their lives.

Now, back to the challenge made by these three people, Harry and Terence did not have much luck in finding someone who looked a lot like them but Niamh’s search was rather fruitful.

She found Karen just 2 weeks later – and it was quite lucky that Karen was also as excited to meet her!

I can’t imagine how this would have gone if Karen wasn’t open to the idea of meeting her twin stranger.

When the two finally met, they were truly pleasantly shocked at seeing each other.

They could not help but stare at each other’s faces, wondering about a lot of things.

The two gamely filmed themselves wearing matching clothes, hairdo, and makeup just to make sure they look exactly like twins!

The video of their first meeting goes viral, gaining over 4.1 million views in just 4 days! Watch it here:

This is the video that inspired the challenge: