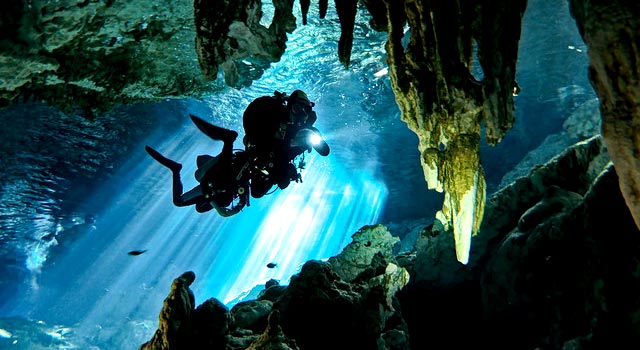 10 of the Greatest & Mind-boggling Underwater Wonders in the World
Semidoppel
1.4k
SHARES
FacebookTwitter

Myths of different sorts usually rise from water-related mysteries — the mermaids, the Loch Ness monster, the Bermuda Triangle, and all other things people don’t understand that leave us no choice but to associate these to the mystique of the unpredictable waves and sparkling splashes of waters.

These stories also bring the curiosity among many that we’ve started our venture in searching the world where we are completely vulnerable—a world that we may visit only under extreme literal pressure, endangering the fragile human body as we insist to belong in a world entirely different from the lands we walk on.

What makes these adventures different is that, we would always find ourselves in awe as we witness the beauty of the underwater and feel the tinge of pain that we are actually not part of this incredible masterpiece. Take a peek and wonder why the little mermaid wanted feet if she had all of these at the tip of her fins. If you think that a body of water cannot exist underwater, brace yourself! Disillusionment comes as amateur cave explorers found in Mexico a “river” complete with banks, trees and all river-like elements except that it’s25 feet underwater.

This wonder of mother Earth is actually a mixture of salt water and hydrogen sulfide. Such combination is denser than the regular brine which makes it sink to the bottom, forming a distinct separation that appears and flows like river.

Though hydrogen sulfide is extremely toxic, it creates the beauty of flowing fluid in the surreal world underneath. Since the previous underwater river is made of toxic hydrogen sulfide, you might want to check out the real undersea river which runs along the Black Sea. Even before, scientists would suspect channels running along bodies of water as rivers when they were detected through sonar scanning.

This suspicion was confirmed as a vast body of flowing waterwith higher salinity than the surrounding waterwas discovered by scientists from the University of Leeds last August 1, 2010.It acts as a density current as it carries sediments along the seafloor. It is so immense that it could bag the title of being the sixth largest river in the world had it been a surface river. If you think sinkholes are limited with the land where we tread along, you’re missing a fact. They exist underwater and far more beautiful than those that swallow blocks of houses in a city. A 600-foot ocean bottom sinkhole which is formed during the Ice Age brought forth this colossal mouth filled with clear blue sparkles which is something you shouldn’t miss.

I bet you wouldn’t definitely mind if you ever lose your footing. In fact, world free diving champion Guillaume Nery dived into it after a few contemplation by its brink. The fear brought by the unknown that lies deep down the beaut might stop anyone who would want to explore this realm. Nevertheless, Nery dived in, and it’s worth all the nerve.

If you feel the creeps in meeting sea creatures that may grab a bite out of you, just imagine creepy crawlers that would stay even when your oxygen leaves you. Yes, I mean spiders underwater. Not spider-looking creatures, but spiders that can surface and stay half of their life submerged.

If you’re wondering how they gained the license for scuba diving, they didn’t. They just needed a little sense of practicality as they weave a special bell-shaped web that act as tanks of oxygen that they get from the surface. This web substitutes the fish gills in filtering the oxygen out of the water around it. Also, the female ones make a bigger web to house their eggs. Kelp make up forests that could reach even the surface. Yes, you read it right. They are rooted down the water soil and their thick brown branches protrude in the horizon where the sky and water kiss.

They can grow as fast as two feet a day which is definitely monstrous if that happens on land. Just like any underwater plants, kelp forests also work as common seaweeds do. It’s just that, you might want to be extra cautious not to strangle yourself with one. Birds usually prey on fishes that boldly swim visibly from the surface. Their sensitive eyes would not make a sumptuous catch pass. We usually hear how they scrape the stillness of the water as they clawed on their meal. That’s the usual. Ever heard of a bird that dives and stays underwater to catch their prey? Well, it is not only penguins who swim.

The gannet can plunge into the water like a missile as deep as 72 feet upon seeing a prey. And with its air sac in its chest, it survives a daredevil stunt. Also, it doesn’t have external nostrils to worry about. Another is the dipper who is more practical as it dips its top half in search for a prey. When it spots one, it then “flies” underwater. Striking a balance between art and conservation of nature became an underwater attraction that lies in the midst of the second largest barrier reef in the world, the Mesoamerican barrier reef. Jason deCaires Taylor, Mexico-based British sculptor, created the first underwater sculpture park as he installed the “Silent Revolution” that is composed of 403 life-size statues of locals made from live casts.

Submerged in nearly 30 feet of water off the coast of Cancun, Mexico, the garden is a masterpiece that addresses the problem of marine pollution, warming waters and overfishing. Hopefully, it would attract more people to see artificial reefs rather than the much exploited natural reefs that needs conservation. The cement structure of the figures was even made out of a special marine grade cement engineered to attract corals which would eventually encourage fish and other marine life. Haven’t gone to the Grand Canyon? You better check this out! Tectonic plates that formed underwater canyon in Iceland had been experienced by a British scuba diver, Alex Mustard, who dived 80 feet into the crevice between the North American and Eurasian plates. According to Mustard, these spectacular creation of nature is well-visited on land, yet many do not know that they continue underwater.

These tectonic plates are pulling apart at about one inch per year, creating faults, valleys, volcanoes and hot springs. It was down 200 feet where the Arnarnes Strytur chimney can be found. It forms a cloudy plume as 80C water is ejected from Earth’s crust and hits the cool 4C seawater. Mustard and other divers swam through the captivating freshwater canyons Silfra, Nes and Nikulasargia. If you think that only people are the living creatures that can create a vast single structure, you thought wrong. Housing billions of tiny organisms known as coral polyps, the Great Barrier Reef supports a wide diversity of life.

Considered the world’s largest coral reef system that is composed of 2,900 individual reefs and 900 islands, it was selected as a World Heritage Site in 1981 and labeled as one of the seven natural wonders of the world. The Queensland National Trust even named it a state icon of Queensland. The reef can be found in the Coral Sea, off the coast of Queensland, Australia. In order to conserve this majestic marine treasure, a large part of it is protected by the Great Barrier Reef Marine Park which helps protect it from the impact of human use such as tourism, fishing and other environmental pressures on the reef. The Neptune Memorial Reef, an underwater memorial park which is initially installed to replicate the lost city of Atlantis, became a business opportunity as Neptune Society, cremation service provider in Miami, thought of creating the largest man-made reef while boosting the sales of their memorial services as they invite people to invest on ‘pre-need’ plans that would give a rather unusual and exciting way of visiting the departed.

In boats, snorkels and scuba tanks, clients may experience Atlantis just over three miles off Key Biscayne, Florida. This cemetery is designed to be an artificial reef that would promote the growth of coral and marine organisms. 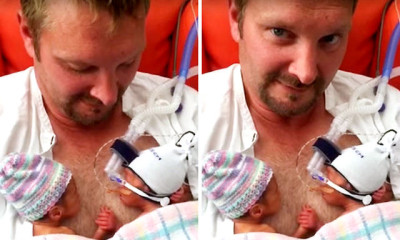