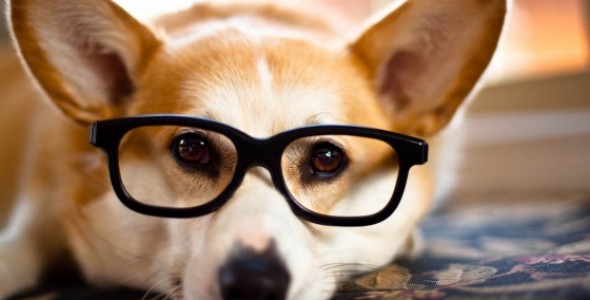 10 of the Undoubtedly Smartest Animals in the World

10 of the Undoubtedly Smartest Animals in the World
jrplaza
1.1k
SHARES
FacebookTwitter

But this does not mean that the creatures in the animal kingdom do not have intelligence. Humans are crafty, they can make tools and use them, but there are animals that do the same in order to survive. They too exhibit intelligence and it is very fascinating that they can learn and adapt to different situations, too. Probably, one of the most obvious differences from humans is the speed on how to cope on different situations, but still they learned.

As you read this featured article you’ll be amazed that there are animals capable of making tools. Some learned from their ancestors, some are from their instincts and some were learned through mimicry from humans.

Here’s top 10 list of the smartest animals in the world.

Though considered as the most disgusting rodent, do not underestimate rats because their psychology is similar to humans. That’s the reason why this animal is often used in lab experiments. Rats have been research and test subjects for numerous famous and influential physiological studies. Like humans and primates, rats has metacognition ability, they have a very good of smelling as well as hearing.

Pigs are smart animals, smarter than dogs and they are also one of the cleanest animals around. Pigs will not just excrete anywhere near its home and will feed when given a choice. Also, when they feel hot, they roll in the mud to stay cool, they do this because they do not have sweat glands. This animal has a complex social life, you can even train it the same to dogs and cats. Pigs learn through observation and experience. When they are tricked once, they learn from it and they will change their behavior to lessen the chance it will be tricked.

Cats can also do stuff which pet owners teach their dogs, but teaching them is harder compared to dogs. But this does not mean that they are less smart than the man’s best friend. It is just that cats are less social animals and are motivated just to survive. They can also learn tricks by observation and mimicry.

Does obedience is enough to be categorized as intelligent? I think it is because not all animals can be tamed. Pet owners can teach their dogs to sit, play fetch and roll over as commanded, such activities are not the usual behaviors of these animals. When we compare dogs to the wolves, which are their direct ancestor, we can notice that the two have different behaviors. We have changed dogs’ habits to be the best companion to us humans, they were bred to perform those behaviors. But still, dogs can still be considered smart because they can understand pointing which is a very complex associative skill. The man’s best friend even though it is not as cunning and tricky compared to the previous animals mentioned is still the perfect animal companion. (You can also read more on dangerous dog breeds)

Squirrels are good problem solvers, they are very sneaky and pretty determined. These animals live in the woodlands, their natural habitat but they learned on how to adapt when they go to the city. They learn from their experiences, they have a very good memory that is why they can refrain from doing the same mistake they did.

These birds are considered to be the smartest. Crows are very crafty and they are known because of their ability to make and use tools. Some of them can create knives for cutting leaves and stalks, some of them create hooks made of stray wires to reach their food. They can have observational learning, there are crows which toss clams, shells and nuts on the road so that passing cars can run over those thrown pieces. When their food got cracked it will be easy for them to eat the treat inside. Crows can even work in groups performing complex task such as stealing, some act as lookouts or decoys while the others do the stealing.

The octopus which belongs to the cephalopod family is considered as the smartest invertebrate alive. Octopuses have a large nervous system, approximately two-thirds of its body’s neurons can be found in its cords around its arms but only a portion can be found in the brain. This sea creature has remarkable abilities such as observational learning and even problem solving. They have keen eyesight, good in mimicry, fast swimmers and have powerful sense of touch.

Size does matter! This is very appropriate when we compare to scale the elephant’s brain with the human’s. Elephants are known because of their altruism, they sacrifice for the good of the herd. This characteristic is a complicated social structure which is also a great evidence of intelligence. They protect their young and bury their dead in a ritualistic way, no other species do it besides humans. When elephants get sick, they know what leaves to chew to medicate them, they choose specific trees. Elephants can also recognize themselves in mirrors, they can notice when something is added to their appearance. Self-recognition in front of a reflection is an indication of true intelligence.

Who would have thought that a sea creature such as the bottlenose dolphin has several outstanding abilities? They can outsmart chimpanzees when it comes to recognizing and beat the dog’s capabilities when understanding pointing gestures. Bottlenose dolphins can understand signed gestures, they also have advanced language comprehension skills. They recognize scenes by processing information they received both acoustically and visually. Even though dolphins don’t have arms, they can understand pointing gestures, this makes them more fascinating.

Chimpanzees and human genomes are at least 85% alike which proves why their environmental adaptation is somewhat similar to humans. These primates hunt in groups, they have knowledge in making and using tools and even quarrel each other, just like normal humans do. Chimps can perform tasks, they can easily learn and they have better memory than any other animals. These primates can even communicate with humans by means of sign language. Several lab experiments and observations show that chimps can understand, show unselfishness and even self-awareness.