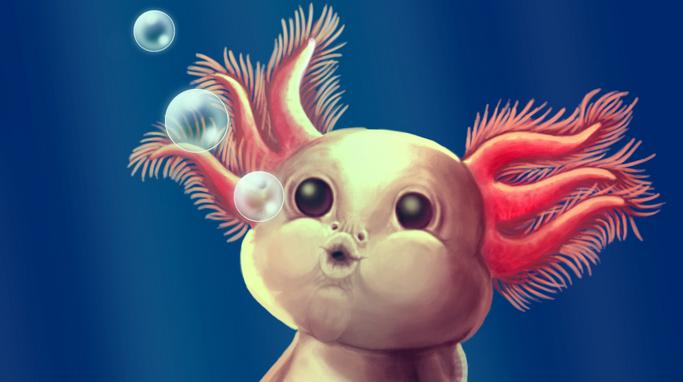 10 of the Most Peculiar Animals with Amazing Superhero Powers
jrplaza
1.2k
SHARES
FacebookTwitter

From x-men to superman, we comic book lovers always have this dream: To have superpowers, then use them to fight off a zombie uprising.

Well, you don’t have to look in the pages of comics to find amazing super abilities.

In this top 10 list, we will show you few real-world animals have powers that would make even Superman jealous. Platypus has the electro location ability which means it can sense electric signals sent from muscular contraction in its prey.

With this ability, it can hunt without the help of its eyes, nose and ears – just like a dragon toothless from DreamWorks “how to train your dragon”.

Gecko are great wall climbers or we say mighty which can climb polished glass walls a meter per second and can even cling in the walls with just a single toe.

The reason behind this super ability is that gecko has feet covered in hair-like setae that bond on a molecular level with its surfaces. It is the salamander that is not only capable of growing back its limb and tails but also its heart and brains.

The mimic octopus is a species of octopus capable of impersonating other sea creatures.

Most octopuses are notable for being able to change their skin color and texture in order to blend in with their environment, such as algae-encrusted rock and nearby coral through pigment sacs known as chromatophores.

The mimic octopus possesses chromatophores as well as the unique behaviour of taking shape of various objects and animals.

The mimic octopus is the only currently known marine animal to be able to mimic such a wide variety of animals.

Many animals can imitate a different species to avoid or intimidate predators, but the mimic octopus is the only one who can imitate as diverse a range of forms in order to elude predators. We all know this guy has special organs (3 abdominal pairs of organs that produce electricity: the main organ, the Hunter’s organ, and the Sach’s organ.) with cells that can generate small about of electricity or like creating a 600 volts to power 60 watts bulbs enough to kill a human being.

When it come to strength and muscle power match, Dung Beetle is one of my bet.

I could say that hulk is real in animal kingdom.

Peacock Mantis Shrimp is a large mantis shrimp native to the Indo-Pacific from Guam to East Africa.
In the saltwater aquarium trade, it is both prized for its attractiveness and considered by others to be a dangerous pest.

This shrimp has a super punch that punches at a speed of over 50 ft (15 m) per second which of course the fastest punch on the record.

Here’s more, there’s this bubble air thing in front of its claw which bursts, stuns and kills its prey. If this shrimp is a man, he’ll be banned if proceed with boxing career.

It is distinctive for its remarkably disproportionate large claw, larger than half the shrimp’s body.

The claw can be on either arm of the body, and unlike most shrimp claws does not have typical pincers at the end. Rather, it has a pistol-like feature made of two parts.

A joint allows the “hammer” part to move backward into a right-angled position.

When released, it snaps into the other part of the claw, emitting an enormously powerful wave of bubbles capable of stunning larger fish and breaking small glass jars.
Its snapping claws can produce noise louder than a sonic boom.

It can also create a bubble that has a temperate almost as hot as the sun – at 8,540 degrees Fahrenheit (4726.85 degrees Celsius). Now, this animal has the ability that I wish I had for real.

It can literally sprays toxic fluid at predator from its special grand.

The specific fluid can reach up to 100 °C which is discharge with a bang.

Hydrozoa or hydrozoans are a taxonomic class of individually very small, predatory animals, some solitary and some colonial, most living in salt water.

The colonies of the colonial species can be large, and in some cases the specialized individual animals cannot survive outside the colony.

A few genera within this class live in fresh water.

Hydrozoans are related to jellyfish and corals and belong to the phylum Cnidaria.
Their most fascinating ability is to revert back to its younger form.

Hydrozoans can repeat the process essentially like it can live forever.