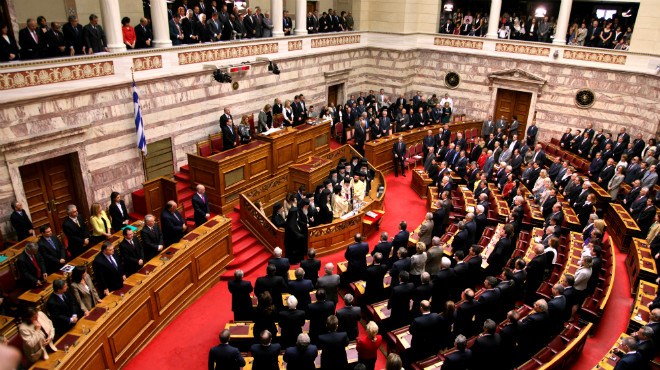 Laws are made to help keep the peace and order of the place – we all understand that; however, there are certain laws in places around the world that left us scratching our heads in wonder.

Considering how hard it is to predict when you are going to die, it would surely be hard to prevent your own death just in case your time comes while you are in the Houses of Parliament in England.

However, if the guards observe that you look sick, you will be swiftly escorted outside so you won’t do any dying inside.

The rationale for this is that people who die in royal buildings are, technically, entitled to a state funeral.

So, the ban was imposed to make sure you won’t be getting that state funeral.

It is Illegal to be FAT in Japan! Now, Japan always brings me images of gigantic Sumo wrestlers yet the country has a law that prohibits people from getting fat!

Sumo wrestlers are probably exempted from this law.

Anyway, the “Metabo Law” stipulates that men’s waistlines must not exceed 32 inches while women should not have a waistline over 36 inches.

If this comes as any consolation to you, the law only applies to people over 40 years old – plus, no punishment was stipulated in this law.

So, the question is, what’s the point of putting this into law if there’s no punishment for breaking it, anyway? A lot of us enjoy taking pictures while on vacation but you have to be very careful with your camera when in Kazakhstan.

The country bans taking pictures in airports – and the law applies to its citizens as well as tourists and visitors!

Also, you could not take pictures of official buildings and, understandably, military facilities.

You Can “Legally” Kill People in the Philippines In the Philippines, under Article 247 of the Revised Code, if you killed your spouse and/or his/her lover after finding them in the act of committing adultery, then you will only be punished with banishment.

No criminal charges can be filed against you because you can justify your actions by the rage you must have felt when you found them and the need to vindicate your honor.

Oh, by the way, the banishment is for your own good because the families of your spouse and his/her lover might retaliate and kill you.

The law also applies to parents who have daughters under 18 years old who are living with them.

If they catch a seducer in the act, then the parents will not be held liable in court if they happen to kill that person.

In the Philippines, Marriage Absolves Criminal Liability of Rape It appears that there are plenty of weird laws in the Philippines.

For example, in a law ironically called as The Anti-Rape Law of 1997 [Republic Act 8353], the rapist will not be held liable of the crime anymore if he marries the girl he raped.

This also means a husband could not be charged with rape against his own wife.

It is Illegal to Step on Money in Thailand Because their currency has the image of the king, it is illegal to step on money in Thailand.

Stepping on that piece of paper would be likened to an act of treason – because you stepped on the king’s face, of course!

Stilettos are Forbidden in the Landmarks of Greece

Because stilettos are sharp, these are forbidden in the landmarks of Greece as these could potentially damage the monuments.

Considering how old the landmarks of the country are, we understand how they want to keep these preserved as much as possible.

Eating and Drinking are Prohibited in the Landmarks of Rome

If you are visiting Rome, never attempt to eat or drink anywhere near its landmarks or you could face a hefty fine of at least $650!

I bet you would not want to pay such a huge sum just so you can gobble up a sandwich or grab a quick bite to eat.

The ban is imposed across all the landmarks, including the famous Spanish Steps – so, make sure you read the signs carefully just in case a spot is a not-so-well-known landmark and you happened to open a bag of chips there.

Vicks Inhalers are Forbidden in Japan If you are fond of using Vicks inhalers [or similar varieties, such as Sudafed], do not attempt using these while traveling to Japan.

The country has strict laws against stimulants, including the ingredient pseudoephedrine found in Vicks inhalers.

When in Germany, make sure your car’s tank is always full of fuel else you run the risk of running out of gas in the autobahn/freeway.

If this happens, you will be breaking the law and could face a penalty for “endangering other drivers”.

10 of the Craziest Inventions from China You Never Knew Existed
Heartbreaking Photo: Little Girl Who Thought Photographer’s Camera was a Weapon