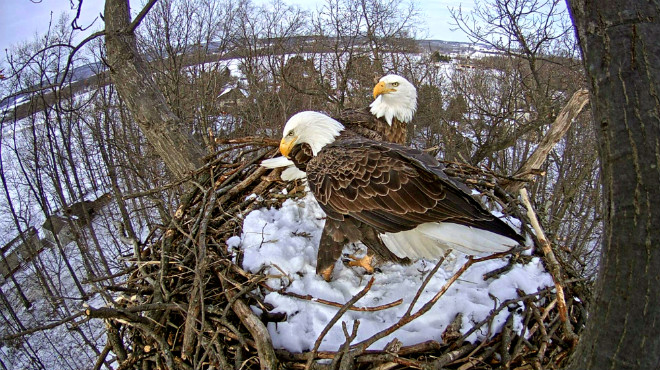 How would you rate this video of parent eagles captured on cam while they tend their eggs?

Believe me; it broke the “Cute-meter”…

According to the uploaded video, the fascinating behavior of the parent eagle captured at approximately 9:45 a.m. Tuesday, March 24, 2015 at Codorus State Park, Hanover, PA.

In Florida, eagle eggs are laid from November through January. Eagles lay from one to three eggs.

Five to ten days after a successful copulation, the female lays a speckled off-white or buff colored egg about the size of a goose’s.

Did you know that the second egg is laid a few days later, followed by a possible third?

You Won’t Believe How these Wolves Saved Yellowstone Park
An Island 2000 Miles Away from Civilization, Midway Birds are Dying