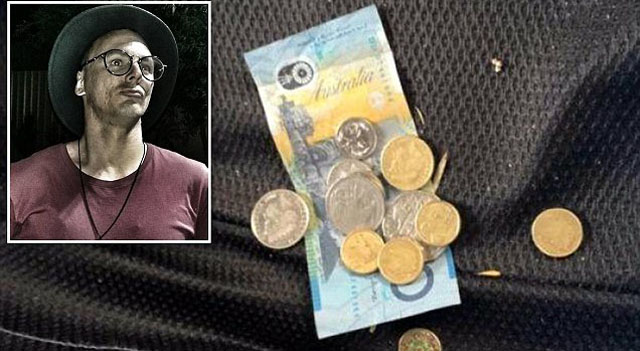 This man shockingly thanked thief who broke into his car. Find out why!

HenSpark / Latest Stories / Bizarre / This man shockingly thanked thief who broke into his car. Find out why!

This man shockingly thanked thief who broke into his car. Find out why!
Ron Leyba
1.6k
SHARES
FacebookTwitter

When you learned that a thief successfully broke into your car and stole your items, the natural human reaction would be disappointment.  That disappointment will then turn into rage and anger towards the person who committed such crime.

But this is not what a man from Perth, Australia felt upon learning that a thief broke into his 1994 Mazda that was parked on his uncle’s front lawn. Instead of becoming frustrated and upset towards the incident, he said “THANK YOU” to the thief who stole his car stereo. Here’s why.

According to Mr. Tom Drury, the car owner, the stolen car stereo is broken and he can’t remove it from the front dock because it requires special tools that he currently doesn’t have.

“The stereo was broken – it didn’t pick up radio stations and didn’t read any discs – it was just rubbish,” he said.

“I had tried removing it not long before, but I gave up out of frustration. To get it out, I needed a special tool I didn’t have, so when I saw that the stereo was removed, I couldn’t help but laugh.” Mr. Drury adds.

Mr Drury also said that he was about to pay a professional to remove the stereo and he is so relieved that the thief saved him from the trouble.

Aside from helping him remove and dispose the problematic stereo, the thief also left a note and few coins ($22.10 in total) lying on the driver’s seat.  The thief doesn’t only helped him with his stereo problem, but also gave him few dollars for him to take home. “If I could say one thing to the thief, it would be thank you. Thank you for paying me for a service I was going to pay someone else to do. And by the way, no refunds!”

This story just went viral online and quite sure that the thief is now banging his head to the wall because of the double whammy and instant karma that he/she got.

This cute and tiny but fully-functioning gun is the Smallest Revolver you will ever see!
Man dressed as Batman is chasing killer clowns to help end the bizarre craze