10 of the Best Video Game Sites 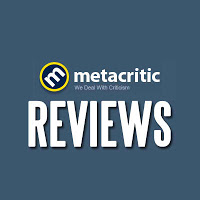 Video games are a big part of the modern entertainment industry, even surpassing the movie industry in profits. But where would we be without video game information websites? They help us decide what games to buy, which ones to look forward to, and even how to get through difficult spots in the games we already have. The gaming industry itself therefore relies on these websites, promoting their games and ensuring that the good games rise to the top while the inferior games sink to the bottom.

here’s the top 10 of the best video game sites: 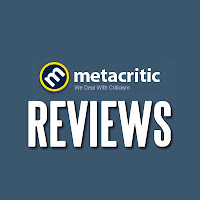 This website gives people what they really want to know about games, and gives it to them in an easy format. Metacritic brings together reviews of music, games, TV shows, and DVDs and averages numerical totals of all the combined reviews to form a singular number that gives the reader an idea of how entertaining or mediocre the product is. With video games, this is equivalent to reading dozens of game reviews and then averaging the writers’ opinions about them.

Gamespot is a website that gives readers news, previews, trailers, reviews, and demo downloads. At the time of writing this article, Gamespot.com is the 267th most visited website in the US and 313th worldwide. The site has been presented with many awards and commendations, including winning Webby Awards multiple years in a row. Gamespot covers all the major platforms: PC, Wii, Nintendo DS, Xbox 360, PlayStation Portable, PlayStation 2, and PlayStation 3. And recently, Gamespot has also added iPhones and even Android devices to its video game information coverage.
This is a sort of one-stop shop for all your gaming needs! 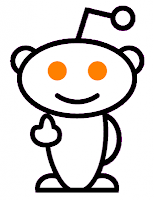 Reddit.com is a social news media website. But to compare it to Gamespot.com or any other gaming website would not be fair, because Reddit covers much more than just gaming. The site consists of “subreddits,” which resemble subforums on a forum board—and one of these subreddits is /gaming. This site enables users to post their own content and then discuss it through comments. Thus, the reader can see the latest in video-game-related news and then discuss it with likeminded individuals.
For any video game enthusiast, the site is definitely worth checking out. 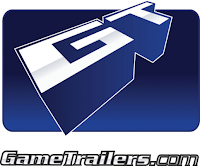 Gametrailers.com is a video game website that focuses primarily on game trailers and recorded gameplay. The trailers can even be watched in High Definition if desired. In recent years, the site has expanded to include more reviews and comedic videos, but it is still based around watching the latest and greatest of trailers, getting gamers excited for upcoming releases. For the newest trailers out there, gametrailers.com should always be the first place to visit.

The Escapist promotes itself as an online magazine that covers video games, gaming industry, and gaming culture. On the website are various video series and editorial columns discussing games in our culture, including insightful analyses of the effect of games on everyday lives and the world around us.
However, the site is probably best known for Zero Punctuation. This is a series of video game reviews created by Ben “Yahtzee” Croshaw in a video format. Croshaw humorously criticizes games while giving the good ones backhanded compliments. If he says a game is even okay, then what he really means is it has game-the-year quality.

IGN is a news and reviews site for video games, movies, and music, although its primary focus is undoubtedly on games. The site includes reviews and up-to-date relevant articles on what’s happening in the video game industry—from discussions of upcoming games to behind-the-scenes looks at the companies behind the games. Its reviews have all kinds of media packed into them and are often a good first reference for reading about an upcoming game—every review has pictures, videos of gameplay, and trailers embedded into the text review itself.

PC Gamer is a top-selling gaming magazine that also has a popular online component. The site (and the magazine) focuses on recent news in the gaming world in addition to reviews, previews, hardware discussions, and “classic” gaming. PCGamer.com is notable for also including a separate section on the site for articles related to free pc games, including demos, free-to-play MMOs, browser-based games, and indie works. Most gaming websites do not acknowledge the realm of free games as important, even though most gamers would tell you that free games can be just as fun or significant as ones you spend $50 to play.
All things considered, PC Gamer is undeniably king when it comes to PC gaming.

Kotaku is, at its heart, a video game news website. There is no obvious division of news between “important” topics such as game release dates or “unimportant” topics such as humorous videos, but after getting used to the hodgepodge of news, Kotaku has countless interesting articles all in one place. Additionally, the topics on Kotaku include the kind of material that normal gaming websites would never discuss—such as the prominence of pirating software on various consoles or strange Japanese video games that may be offensive to certain individuals.

The GameRankings website is a rating site comparable to Metacritic but it focuses only on video games. Additionally, it collects data from online and offline sources and even includes ratings for obscure and “classic” games from decades ago. The site lists all relevant reviews and then averages the values from any sites deemed notable—a small review blog may get listed but not averaged into the total rating, for example. Because of this particular system of rating calculation, including many other rules narrowing down what reviews are calculated into the total, GameRankings.com is usually the most accurate video game ranking site on the net.
Want to finally prove that Pokemon Silver/Gold is better than Pokemon Blue/Red? Then this is the site for you!

Ah, GameFAQs. This site is actually owned by CBS, which also owns Gamespot (#9), but the website is undeniably worth mentioning in its own right. GameFAQs hosts frequently asked questions, walkthroughs, save files, reviews, screenshots, and cheats for video games. What is notable about this website is that almost all content is submitted voluntarily by the site’s users. All consoles are covered by GameFAQs, from PC, to Atari, to modern consoles.
Whenever a gamer gets stuck at any spot during a game, a quick visit to gamefaqs.com is all it takes to get past this bump in the road!