Facebook has changed the plane of user interaction in the web as it rose to being the most popular networking website. According to statistics, Facebook has more than 800 million active users and more than 50% of them log on to the site in a given day. An average Facebook user has 130 friends and connected to 80 community pages, groups and events. This social networking site has undeniably changed the way we communicate and interact with the people we personally know and the way we exchange ideas with people we meet in the community pages.

The statistics further show that users interact with more than 900 million objects in Facebook. These include more than 250 million photos uploaded each day on average. Some are inspiring and humorous, and some go the extra mile of attracting much attention by being the “talk of the town” or more precisely, the “talk of the cyberspace.” Many of these photos had created a stir within the networking site and in conventional media.

Riffing through these photos, here are top 10 lists of the Most Talked-About Shared Photos in Facebook.

1 – You are Not a Photographer; You Just Have an Overpriced Camera

The photo’s direct message brings to attention the popular fixation on expensive DSLRs. It stresses that photography is not about expensive gadgets.

If you look the meaning of the word “photographer” in the dictionary, it is a person who takes photographs, either as a hobby or profession. So definitely, the price of your gear doesn’t necessarily defines you as a photographer – Jhiegzh

Lola Aurelia was the old woman sitting by herself at the corner of Buendia Street and Roxas Boulevard with flyers pinned at the front and at the back of her dress. The flyer says she is looking for her husband, Lolo Luis Matias. He is 78 years old, suffers from memory lapses, and had been missing for 2 weeks.

With the aid of Facebook user Reddie Js (who first posted the picture) and the 53,760 people who shared it, Lola Aurelia was finally reunited with Lolo Luis. (see the video here)

I will not let this happen to my Mom. Mothers are living martyrs. – Mylene Tamayo

3 – Steve Jobs and the Dying Children

When Steve Jobs, the co-founder and CEO of APPLE died on October 5, 2011, millions of people all over the world expressed their grief on their Facebook walls. However, this montage compared his death to the children dying of starvation with the caption “1 Person Dies and 100 Million Cry – 1 Million Die and No One Cries.” What do you think?

This is hardly relevant. Steve Jobs brought us all sorts of technology. What did those kids do for us? You can thank Mother Teresa for impinging the sweat-shop approach to child birth. The Catholic Church is against teaching third world countries about birth control so now let them live with their decisions. – Joe Klement

The 12-year old Bicolana Janella Lelis went bravely against the raging flood just to save the Philippine flag during the onslaught of Typhoon Juaning in Malinao, Albay. The photo was taken by Francisco Pena Lozano while he was watching Janella’s heroic act.
Due to her patriotism, she earned the admiration of Philippine President Noynoy Aquino and many Filipinos worldwide.

A pupil and a kid with a deep sense of patriotism that this country needs to unite and stand up on its feet! Worth emulating! – Willy Nicolas

5 – What social network should you use for your status post?

Using a process flow diagram, this image helps the users in choosing the appropriate social network for different kinds of status posts. The users are led to consider several factors like the feelings of people who are on their friends’ list or those who follow them. Will they be offended by the status post? Would it be awkward to explain that status to one’s boss or to one’s parents? If yes, then the user is urged not to post it.

Harold Camping, an American Christian broadcaster, predicted that Lord Jesus Christ will be coming to Earth on May 21, 2011 – the Judgment Day. His prediction spread all over the world and got huge media attention. He also said that there will be plagues with millions of people dying each day. However, as we know it, these events did not happen.

Camping pressed on and changed his prediction – October 21, 2011 was the new date for the end of the world. Because of his fizzled predictions, Camping on a private interview admitted that he no longer believes that anybody could know the time of the Rapture.

You better stop predicting about end times. Only God the Father knows when He is coming back. – Steven Kirst 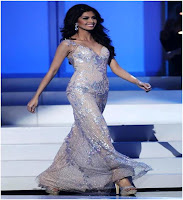 On September 2011 at Sao Paolo, Brazil, Miss Philippines Shamcey Supsup won 3rd Runner Up in the 2011 Miss Universe. But before the pageant started, Shamcey’s official gown was rumored to be a recycled Alfredo Barraza – the designer of the gown previously worn by Miss Colombia, Catalina Robayo Vargas.

However, this rumor didn’t stop Shamcey in giving her best. During the pageant night, she earned the trade mark for the Tsunami Walk with the swaying of her middle body likened to a tsunami wave as she walked.

Trade mark is yours when it comes to walking with Tsunami style!!! And the beauty of humanity as well the real world talent is one of the most ever! – Gloria Pedraja

This calculation caught the attention of many people because of its mathematically incorrect treatment on the addition of the dates of two unforgettable events in recent history.

The sum of the two dates is a day short of December 21, 2011, said to be the last day of human civilization according to the Mayan Long Count Calendar.

Steve Jobs was the co-founder, chairman and chief executive officer of Apple Inc. Because of him we have iPhones, iPods, iPads, iMacs and many others. On the other hand, Dennis Ritchie was an American computer scientist who created the C Programming Language, and with his colleague Ken Thompson the UNIX operating system. Both of them died in the same year (2011) and the same month (October) but it seemed only a few noticed the death of Dennis Ritchie.

Usually the guy who wrote a song is not as famous and praised than the singer who sang it. – Bernard Wong 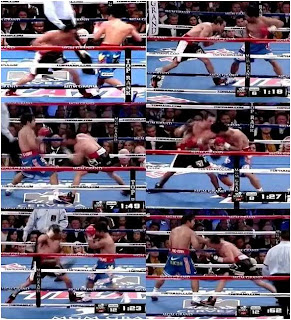 It was on November 13, 2011 when Manny Pacman Pacquiao won against Juan Manuel Marquez by a majority decision. The final scores were 114-114, 115-113 and 116-112 in favor of Pacquiao. PacMan’s victory on this match was not totally expected by the viewers because when his name was announced as the winner, he received boos from the audience.

A few days after the fight, a photo of the Foot Stopper Trick by JMM during his match with Pacquiao circulated online. This was thought to be the reason why PacMan became an easy target. What do you think?