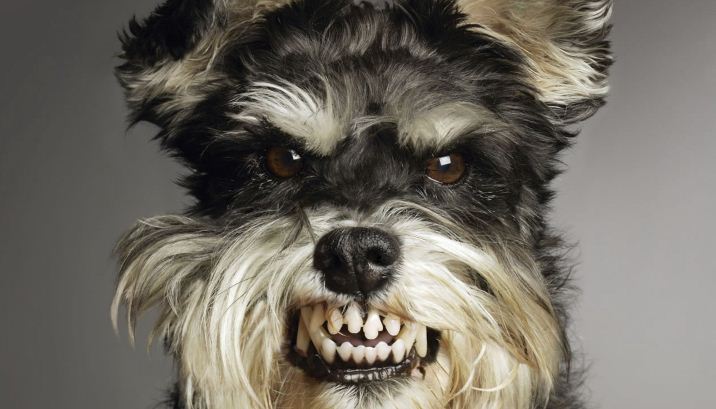 10 of the World’s Most Dangerous Dog Breeds When Not Trained Well
Ike Park
1.5k
SHARES
FacebookTwitter

All dogs (canine family) can be potentially dangerous however some dogs are riskier than others.

Diverse types of Canine breeds can be noticeably stronger and bigger than a person of average size.

Training, socialization and proper care can make a considerable impact, though some dogs are by years of breeding more aggressive.

After in-depth studying and examining the research done by the American Veterinary Medical Association (AVMA), the CDC, and the Humane Society of the United States, a compiled list of 10 of the World’s Most Dangerous Dog Breeds Came out.

Here’s Top 10 lists of the World’s Most Dangerous Dog Breeds. The Dalmatian (Croatian: Dalmatinac, Dalmatiner) is a breed of dog whose roots are often said to trace back to Dalmatia, a region of Croatia where the first illustrations of the dog have been found.

The Dalmatian is noted for its unique black- or brown-spotted coat and was mainly used as a carriage dog in its early days.

Today, this dog remains a well-loved family pet and many dog enthusiasts enter their pets into the competitions of many kennel clubs.

Dalmatians are very protective dogs and can be aggressive towards humans.

They are very active and need lots of exercise. They have very sensitive natures and an excellent memory. This bred is famed for their intelligence, indepedence, and survival instincts. Boxer is a breed of stocky, medium-sized, short-haired dog.

The coat is smooth and fawn or brindled, with or without white markings. Boxers are brachycephalic (they have broad, short skulls), and have a square muzzle, mandibular prognathism (an underbite), very strong jaws and a powerful bite ideal for hanging on to large prey.

The Boxer was bred from the English Bulldog and the now extinct Bullenbeisser and is part of the Molosser group.

Unlike their name suggests, these dogs are not typically aggressive by nature.

They are bright, energetic and playful breed. Boxers have been known to be “headstrong”, which makes it a bit difficult to train them but with positive reinforcement techniques, Boxers often respond much better. The name of the breed is Spanish, means “Canarian bloodhound,” and is often shortened to “Presa Canario” or simply “Presa.” The breed is also called Dogo Canario, mean Canarian Molosser.

Originally bred to guard and fight with cattle, an attack by this dog has been described as hopeless for the victim. They are a guardian breed with man-stopping ability, incredible power and a complete lack of fear. Chow chow is a breed of dog that was developed in China, where it is referred to as Songshi Quan (Pinyin: sōngshī quǎn 鬆獅犬), which literally means “puffy-lion dog”.

These dogs can be aggressive if poorly bred. The Chow Chow may appear to be independent and aloof for much of the day but needs constant reinforcement. The Doberman Pinscher (alternatively spelled Dobermann in many countries) or simply Doberman, is a breed of domestic dog originally developed around 1890 by Karl Friedrich Louis Dobermann.

Doberman Pinschers are among the most common of pet breeds, and the breed is well known as an intelligent, alert, and loyal companion dog. Although once commonly used as guard dogs or police dogs, this is less common today.

Dobermans are great guard dogs for their alertness, intelligence and loyalty.

They can be aggressive dogs when provoked. The typical pet Doberman attacks only if it believes that it, its property, or its family are in danger. The Alaskan Malamute is a generally large breed of domestic dog (Canis lupus familiaris) originally bred for use as a utilitarian dog, not just an Alaskan sled dog.

They are sometimes mistaken for a Siberian Husky, but in fact are quite different in many ways. As pets, once mature, Malamutes have a very quiet, dignified temperament and are loyal to their owners.

These dogs are very energetic and active. If they are bored, they can become destructive. That’s why this dog needs lots of exercises to be happy. Husky is a general name for a type of dog originally used to pull sleds in northern regions, differentiated from other sled dog types by their fast hard pulling style.

The Alaskan Malamute was used for heavier loads and is generally slower in long-distance dogsled racing against smaller and faster Husky type dogs.

Huskies are still used in sled racing, and in recent years companies have been marketing tourist treks with dog sleds for adventure travelers in snow regions as well.

Not considered a good guard dog because of its personality characteristics and gentle temperament.

A 2000 study of dog bites resulting in human fatalities in the U.S. found fifteen such fatalities (6% of the total) were caused by “husky-type” dogs between 1979 and 1997. Because of its strength, intelligence and abilities in obedience training it is often employed in police and military roles around the world.

German Shepherds currently account for 4.6% of all dogs registered with the American Kennel Club. Due to its loyal and protective nature, the German Shepherd is one of the most registered of breeds.

These dogs are intelligent and very alert. They are highly used by local authorities such as the police K-9 unit. German shepherds are known to be fearless and confident dogs. The Rottweiler is a medium to large size breed of domestic dog that originated in Rottweil, Germany.

The dogs were known as “Rottweil butchers’ dogs” (German: Rottweiler Metzgerhund) because they were used to herd livestock and pull carts laden with butchered meat and other products to market.

Some records[which?] indicate that earlier Rottweilers may have also been used for hunting, although the modern Rottweiler has a relatively low hunting instinct.

Rottweilers are known to be very aggressive dogs because of their keen territorial instincts. That’s why they make great guard dogs. A Pit bull is any of several breeds of dog in the molosser breed group. Many jurisdictions that restrict pit bulls, including Ontario, Canada, Miami, Florida, U.S. and Denver, Colorado, U.S., apply the restriction to the modern American pit bull terrier, American Staffordshire terrier, Staffordshire bull terrier, or any other dog that has the substantial physical characteristics and appearance of those breeds.

However a few jurisdictions, such as Singapore and Franklin County, Ohio, U.S., also classify the modern American Bulldog as a “pit bull-type dog”, while in the United Kingdom a pit bull is an American pit bull terrier.

All of the breeds share a similar history, with origins rooted from the bulldog and a variety of terriers.

The dogs called bull terriers before the development of the modern Bull terrier in the early 20th century may also be called pit bulls.

A pit bull is a fearless dog that will take on any opponent.

They will lock their jaws onto the prey until it’s dead.

Pit bulls have a reputation of mauling people to death and they are highly sought for dog fighting.

Dogs – in majority often makes a wonderful pet, nevertheless, in certain circumstances, any kind of dog can be dangerous. Even friendly dogs can impose great mischief in the wrong situation.

Once again, we are not against any dog breeds.