10 of the Remarkably Best Mike (Michael) Name in History “What’s in name that which we call a rose by any other name would smell as sweet”, wrote William Shakespeare in his immortal tragedy “Romeo and Juliet.” This dramatizes hints of negative spin on the significance of a name, although this is not what this top 10 list is all about. What I want to bring you instead is a moniker that over the ages has stood the test of time and, more importantly proven to be respected, most valuable, not to mention superlatively popular.

Michael, a Hebrew term which means “who is like God”, a name that boosts variations in a multitude of major languages around the world – from Irish to Swedish, German to Spanish.

Speaking of famous Mikes, here are top 10 lists of the most famous and prominent in history. This is a subjective list, and admittedly you may have your own.

One of the seven angels in Hebrew tradition and feared by Satan as the leader of God’s army in the New Testament’s “Book of Revelations.” (Who did follow the Fallen TV Series *Guilty, I do…) the biblical account told of some angels turned against God in Heaven. They thus became the devils and demons. Archangel Michael led the good angels in a furious battle, beating the evil ones and throwing them down to earth as punishment. Michael has four positions – warrior against the devil and other demons, protector of righteous souls at the time of their deaths, transporter of soul for judgement, and champion of God’s people. In the Koran too, Michael is regarded as one of the principal angles in Islamic tradition and is known as the field commander of the army of God. 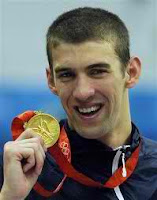 He is without doubt one of the most famous athletes in the Olympic history, most especially at the Beijing Olympics where he hauled in seven world records in swimming. He has won 14 career Olympic gold medals, the most by any Olympian, and holds the record for the most gold’s won at a single Olympics with the eight he won at the 2008 Olympic Games – surpassing fellow American Mark Spitz’s total of seven at the 1972 Munich Games.

The Hollywood is an actor and producer who have on numerous accolades, including Oscar awards, one for the Best Picture in 1979 as producer of the film “One Flew over the Cuckoo’s Nest” and the other for the Best Actor in 1987 for his role as a businessman Gordon Geko in the movie “Wall Street.” He is currently married to voluptuous Hollywood actress Catherine Zeta Jones.

Germany’s “god of Formula One (F1) Racing” is seven-time world champion and current advisor and occasional test driver for Team Ferrari. Official F1 website cited him as “statistically the greatest driver the sport has ever seen.” The only German to win F1 World championship, he has singlehandedly popularized the sport in Germany, and was voted the most popular driver among F1 fans in recent survey.

Acclaimed as the greatest basketball player of all time, Jordan “flies” to dunk or lay the ball up – and was thus called “Air Jordan.” He is easily most recognizable name in sports and was instrumental in popularizing NBA around the world in 1980’s and 1990’s.

Only a few in politics reached the prominence that this Soviet leader achieved. He was the very last General Secretary of the Communist Party of the Soviet Union and head of state of the USSR, serving from1985 until its collapse in 1991. He initiated Glasnost and Perestroika, a plan for reconstruction and reforms in the former Soviet Republic. 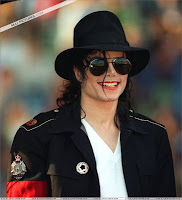 One of the greatest artist of all time, he was an Italian renaissance sculptor who was also versatile as a painter, architect and engineer. Michelangelo di Lodovico Bounarroti Simoni is the best documented artist of the 6th century, with his famous masterpiece the Pieta, the David, Scenes from Genesis on the ceiling, as well as the last judgement on the altar wall, both Sistine Chapel in Rome; and, the architectural design for St. Peter’s Basilica dome. 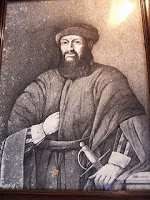 Known as El Adelantado (The Governor) and El Viejo (The Elder), he was a Basque Spanish conquistador (Colonizer) who established one of the first European settlements in East Indies and Pacific Islands way back 1565. he is a history textbook subject here (Philippines) as the Spanish colonizer who made a blood compact on March 16, 1565 with a native Bohol Chieftain, Datu Sikatuna, as a sign of friendship, as well as establishing settlement in Manila on June 24,1571, ordering the construction of Intramuros, and proclaiming the town as the island’s capital as well as the seat of the Spanish government in East Indies. 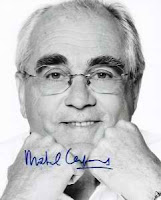 Michel (February 24, 1932 Paris, France) is a French musical composer, arranger, conductor, and pianist of Armenian Decent. He composed more than 200 film and television scores and several other musicals, and has made well over a hundred albums. He won 3 Oscars (out of 13 nominations) and five Grammys. His first album, “I love Paris,” became one of the best selling instrumental albums ever released. Amongst his best are “What are you doing the Rest of your Life?” “Watch what Happens,” “The Summer Knows” (theme from the 1971 movie “Summer of 42”), and the hit song “The Windmills of your Mind,” (theme from the 1968 film “The Thomas Crown Affair”).

Is it any wonder then that the name Michael has enjoyed massive following for over a century now? From it’s biblical roots to its association with world-famous achievers, it is simply spells magnificence and great success.

Stated crisply, Michael’s best! This is me, signing off. Ciao!