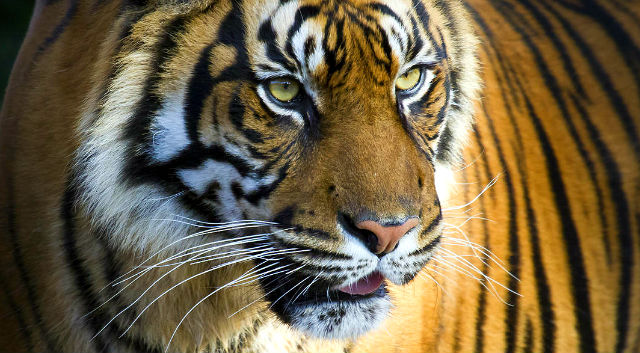 Although it is illegal to keep wild animals as pets in many countries, including Qatar, relevant laws are often ignored especially by the wealthy who seek these exotic animals as their prized pets.

For example, just recently, a tiger was spotted while it tried to dodge traffic in a busy street in Doha, the capital of Qatar.

Now, rumor has it that a number of wealthy sheiks and princes in Qatar and other Persian (Arabian) Gulf countries have big cats as pets – and this escaped pet seems like the perfect evidence to that issue.

In fact, there has been a rise of reports or complaints regarding neighbors keeping wild cats, specifically tigers, lions, and cheetas as pets in recent years, reveals a member of the Convention on the Illegal Trade of Endangered Species.

To date, no one has yet laid claim on the escaped animal and although the authorities have issued a statement that they are following up reports regarding the escaped tiger, there have been no confirmations that the tiger has been caught.

“We assure everyone that the authorities are following what has been circulating (on social media) regarding a tiger being seen in specific areas of the country,” the Qatar’s interior ministry had announced, in Arabic.

Several netizens have posted photos and video clips of the escaped tiger but considering that this was a potentially dangerous wild creature, no one attempted to coax it to their vehicle or try to capture the creature before it can cause harm to someone.

In the video, the animal could be seen with a broken chain still attached to its collar.

As the animal walks, the chain is dragged across the street.

We sure do hope that this animal is captured – for its own safety and the people’s, too.

After all, it could he struck by a fast-moving vehicle on that busy street and might attack people if it senses danger or gets injured on the motorway.

(Source via The Guardian UK)

Adorable Dog Who Loves to Wear Glasses Goes Viral on Instagram
Wow! Never knew that the world’s largest cave is in Vietnam and it’s so enchanting!