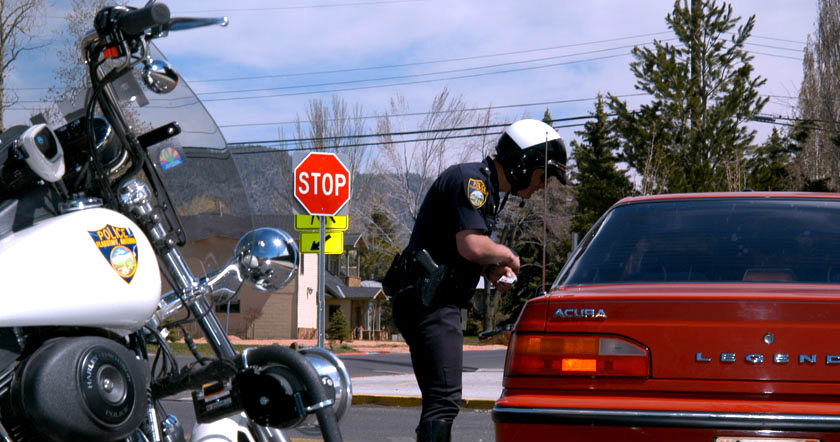 Traffic rules are strict and should be followed at all times to avoid accidents and misunderstanding on the road where it is usually a public area.

Thus, when an officer pulls over a driver who is at fault he or she should face the consequences of his/her actions.

But the how about if the driver is not at fault and the officer made a mistake?

How are these rules followed?

Are there any exceptions to these rules?

In line with this, a young African American has released a candid honest video about race and traffic minutes after he was pulled down by an officer on the road.

The Facebook video went viral and he made a good point in the 2-minute clip.

In the video, Will Stack, a service member with the Army National Guard, relates an incident when he was pulled over by an officer for improper use of median.

According to Stack, he was pulling out of the Lexington County Courthouse in an attempt to make a left turn he noticed the lane in front of him was full and the median was not, so he drove his car through the median to get to the left turn lane.

Seconds later, he was pulled over by the police officer, who then asked for his license, registration, and proof of insurance.

With respect to the officer, and the knowledge that he is at fault, Stack says he made sure to behave and act accordingly in answering to the officer like hands on steering wheel , answer politely, turn his music down, provide the inquired information, sat and waited in his car.

Stacks relates that he admits to the officer that he made the wrong choice and he did not realize it and that he did it out of habit and all he got was a warning and a lecture of the proper use of median then they both went their respective ways.

Stack made the clip in relation with the video he had seen and in full knowledge of what happened about the fatal shooting of 50-year-old, Walter Scott.

He admitted being alarmed on some parts of the video but wanted to keep an open mind of the horrible incident.

Stack recounts it was not a good idea when Scott run and was also concerned about the use of force by Michael Slager, a 33-year-old-North Charleston police officer.

He pointed out in the 2-minute clip, as a African American male that he felt the need that others must understand labels is hurting the society.

Things should be seen as what they are.

People with their jobs and following rules.

Color must not be a factor.