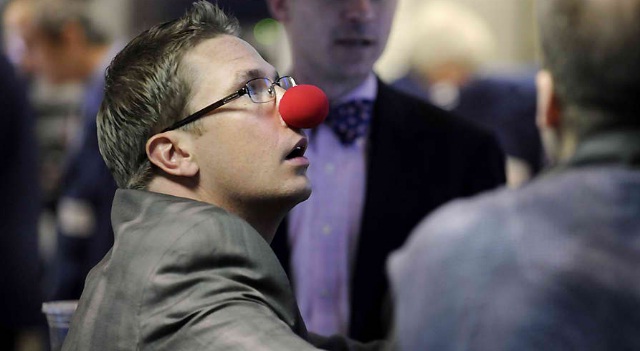 Most Controversial Comedians of All Time

HenSpark / Latest Stories / Celebrity / Most Controversial Comedians of All Time

Most Controversial Comedians of All Time
jrplaza
740
SHARES
FacebookTwitter

Shock value has become an elemental part of entertainment, even among top comedians. Over the past few decades especially, stand-up has evolved into an overtly crass, profane, even offensive field, and some of the best comedians of all time are also the most controversial. Some entertainers employ these techniques more effectively than others, but generally speaking, the more a comedian can make an audience squirm in their seats for the sake of a good laugh, the better.

The following comedians aren’t universally appreciated; each entertainer’s jokes have enraged groups of people to one degree or another, which is what landed them on this list in the first place. Each performer has, however, redefined the way comedy is presented and interpreted, either for better or worse. Although they may not be considered the best comedians of all time, they’re certainly some of the most influential.

He’s best recognized for his Emmy-winning portrayal of what he once described as “an extraordinary cross between Eraserhead and Herman Munster”: Cosmo Kramer from Seinfeld. Fans of his prefer not to dwell on the 2006 incident at the Laugh Factory, when Richards made a series of racist remarks that marred his reputation permanently.

He’s repented again and again for his actions, but audiences were too entranced by his Kramer character to take his apologies seriously. This dedication to his onstage character backfired so severely that it’s resulted in an early retirement from his beloved profession and a massive depletion of fans.

Two words: Rape jokes. Arguably the most sensitive of all sensitive subjects, joking about rape is bound to infuriate some audience members. Sure enough, despite establishing a solid fan base and a successful TV and web career, Tosh was the recent source of controversy after a rape joke went awry this year. Even before this rage-inducing scandal, Tosh was known for his line-toeing punchlines.

His claim-to-fame Comedy Central show “Tosh.0” essentially revolves around Tosh’s politically incorrect responses to Internet videos. The rape joke scandal destroyed his reputation among some groups, but many comedians defended his uncensored quips. Whether you consider Tosh one of the best comedians of our time or a heartless jerk, his sensationalism undeniably brought to light important questions about censorship and the definition of humor.

From abortion to racial slurs, nothing is off-limits for Silverman — which has earned her an enormous fan base and no shortage of outraged feedback. Her entire comedic routine is based on taboos — race, sexuality, religion, politics — so it stands to reason that most people either love her or hate her.

A brief rundown of her most famous scandals: In 2001 she used a racial slur in a joke on “Late Night with Conan O’Brien”; in 2008, she proposed that we “Sell the Vatican, Feed the World”; in 2010 she made an off-color joke about adopting a special needs child during a TED conference; and in 2012, she posted a picture of her “quickie abortion” on Twitter. So regardless of whether you think she’s a top comedian or not, Silverman is undeniably one of the most dynamic.

Many of the entertainers on this list are purposefully offensive for the sake of comedy; Morgan’s controversial quips are more questionable. After his rise to fame as a regular on SNL, he made several successful film appearances and became a favorite on “30 Rock.” Then he threw his career into a tailspin during a performance in Nashville, Tennessee in 2011.

He infamously declared that if his son were gay, he’d better tell him “like a man and not in a gay voice” or Morgan would stab him to death with a knife. Strong words indeed. Celebrities and viewers alike responded with outrage, and “30 Rock” ended up handling it with an apology and a subsequent parody episode. This wasn’t Morgan’s first flirtation with scandal, and some think the controversy demoted him from one of the country’s top comedians to one of the most disliked.

Overtly political and an outspoken agnostic, Maher has fully integrated controversy into his public persona. To be fair, It’s hard to avoid scandal when one of your biggest television hits is called “Politically Incorrect.”

One of the biggest controversies from the show occurred after he declared that the 9/11 terrorists weren’t cowardly, as the media had claimed, but that “We have been the cowardly ones” for “lobbing cruise missiles from two thousand miles away.” and “staying in the airplane when it hits the building.” From his stand-up acts to appearances as a political commentator, Maher’s career has been overwhelmingly controversial as well as successful — he even ranked 38th on Comedy Central’s 100 greatest stand-up comedians of all time in 2005.

As one of the most iconic comedians ever, Carlin crossed borders of crudity and offensiveness that had never before been breached. Specifically, his “Seven Dirty Words you Can Never Say on Television” ignited public outcry and, eventually, an obscenity trial, the outcome of which set a monumental precedent for the comedic world.

Carlin was arrested for performing the act in Milwaukee in 1972 for violating obscenity laws; the case was eventually dismissed for being indecent, but not obscene. Subsequent court cases, including the Supreme Court case F.C.C. v. Pacifica Foundation, pitted indecency against obscenity again and again. The debate continues today, but Carlin’s overtly crass comedic style and willingness to face censorship head-on have established him as one of the best comedians of all time.

Lauded as “the Picasso of our profession” by Jerry Seinfeld, Pryor was the first comedian to successfully integrate social commentary into his stand-up, revolutionizing the way entertainers view their craft — but not without causing outrage from the public along the way.

He constantly refused to compromise his political messages for public approval; the 1977 “Richard Pryor Show,” for example, only had four episodes, each of which caused enormous controversy. The acts included Pryor portraying a rock star who shoots all of his white fans, a woman describing her first lesbian experience, and Pryor wearing a full-length body suit to simulate nudity in the very first episode. His acts forced the public to reconsider notions of race and class, establishing him as one of the best comedians in American history.

In the ‘90s, Clay was well on his way to becoming one of America’s top comedians of all time; he was making movie cameos, appearing on talk shows, he even sold out for two nights at Madison Square Garden.

But if earlier comedians toed the line with their acts, Clay was long-jumping; his famous (or infamous) nursery rhymes turned Mother Goose into a regular pornographic picture book, and his other jokes ranged from mildly risqué to overtly offensive. Although he claims there’s a distinction between his stand-up character and real-life persona, feminist and other activist groups tore Clay down from his 15 minutes of fame, and he all but disappeared from the public eye. Now, he’s making a comeback, but whether that’s enough to put him back in the running as one of the country’s most successful comedians ever — only time will tell.

Suffice to say Hicks lived up to his nickname: “The most dangerous comedian in the world.” Although he died at 34, he made a name for himself both in America and the UK as one of the top comedians of his time.

One of his most famous scandals began in 1984 on “Late Night with David Letterman” when he had to censor his comedic routine because of censorship rules. A later routine was cut in its entirety because of a potentially offensive religious joke; the controversy continued after his death, making it a landmark case of censorship and comedic standards. Hick’s style was one of the first successful uses of dark comedy; he pushed envelopes with satire, anarchistic quips and attacks on the mainstream.

The man who started it all. Before Bruce, the idea of a comedian being offensive, raunchy or, heaven forbid, crude, was completely unheard of. His acts addressed anything and everything potentially offensive, from abortion and race to religion and politics.

He was arrested in 1961 under obscenity charges — the first of many for his use of various slurs and innuendoes — and ended up facing a six-month trial. Although he received an outpouring of support from fellow entertainers, he was found guilty of obscenity and died before the conviction was overturned. His career was short-lived, but his legacy continues today. He is still considered the first comedian to face censorship in the media, and he is widely considered one of, if not the, best comedian of all time.