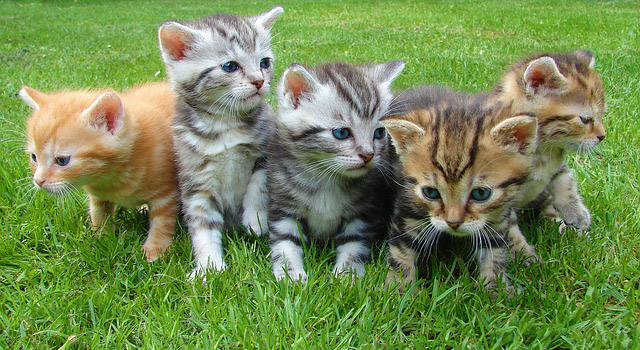 Cats are simply amazing! They are naturally sweet and very adorable – two distinct characteristics that made them the second most popular pet in America.  Aside from being so outrageously cute, owning a cat is also scientifically proven to help reduce stress levels, normalize blood pressure and minimize the risk of depression.

If you are a cat lover, I am quite sure that you already know the facts I mentioned above. I am also 100 percent sure that you’ve heard lots of great things about your furry friend by now. So in this post, I will share with you some extraordinary facts and mind-blowing trivia about cats that you probably haven’t heard before.

There are around 70+ breeds of cats worldwide.

According to the International Progressive Cat Breeders Alliance (IPCBA), there are around 73 cat breeds that include domestic cat breeds and domestic x wild hybrids as of 2016. Check out the video below detailing the 70 known cat breeds along with their photos.

Cats can squeeze their bodies through any space they can fit their heads through.

For sure you already know this but ever wonder why or how they do it? Cats don’t have any true collarbone. This makes them flexible or squeezable enough to enter any space they can get their tiny cute heads through.

The first cat video on YouTube (titled Pajamas and Nick Drake) was uploaded by YouTube co-founder Steve Chen (steve), three months (May 2005) after YOUTUBE was created (February 2005). The video is still alive and kicking but unfortunately only has around 50k+ views. Here’s the video:

Cats hunt even if they are not hungry.

According to the results of the study conducted by University of Georgia via their Kitty Cam project, cats do hunt even if they are not hungry. They found out that only 28% of the prey was consumed, half of the kills are left to rot and the rest were brought back home to their owners.

Tip: If your cats bring you mice and other dead animals, it’s because they think you are not good in hunting for food so they’re bringing you something to eat. Sweet right?

According to the results of study conducted by Psychologists Deborah Wells and Sarah Millsopp of Queen’s University Belfast, majority of male cats are left pawed while majority of female cats are right pawed.

They tested the cats using 3 scenarios and one of them involves placing tuna snack in a narrow-mouthed jar for the cats to get. This scenario yields the best and interesting result. The male cats (20 out of 21) used their left paws to scoop out the tuna while the female cats (20 out of 21) used their right paw to try to scoop out the delicious snack. The largest litter of domestic cats was 19.

According to the Guinness World Records, the world’s largest litter of domestic cats was 19. They were born August 7, 1970 to a Burmese/Siamese queen belonging to a certain V. Gane of Kingham, Oxfordshire UK. Out of the 19 kittens, only 15 are alive and oddly enough, 14 of them are males with only 1 female.

Cats have the ability to find their way home when lost. Experts call this as psi-travelling. They believe that cats uses the angle of the sun (sunlight angles) and the magnetized cells at their brains (some says magnetic field of earth) to act as a compass.  Talk about a very reliable built-in GPS.

Cats sweat only their paws.

Unlike humans, cats don’t have enough eccrine (sweat) glands to perspire. The only way they can sweat out is through the pads of their paws. This is the reason why you’ll sometimes see wet paw prints around your house during summer months.