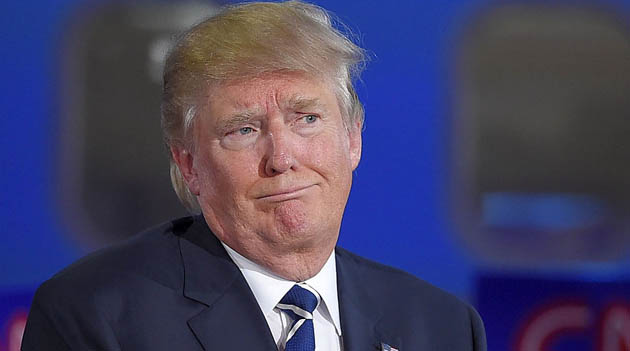 Donald John Trump has won the 2016 US Presidential Election. He was elected as the 45th U.S. president and is scheduled to take office on January 20, 2017. At his age of 70 years old, he will be the oldest person to assume presidency in the United States.

This is a fact that people around the USA and other sides of the world are quite sure of by now.  But, did you know that there are still some interesting facts and trivia about The Donald that you probably didn’t know about? Read them below!

He has a German blood.

Trump has a German blood on his father’s side and Scottish blood on his mother side. His family name was previously Drumpf and it only became Trump in the 17th century Germany. His grandfather emigrated from Germany to the US in the 1880s.

Ever heard of Trump Vodka?

Donald Trump is not fond of alcohol and according to people close to him, he never drank alcohol his entire life.  Although he doesn’t drink, he launched his own vodka brand in 2006 and it was called the TRUMP VODKA. He describes his vodka brand as superb product and beautifully package. Unfortunately, it didn’t bring in any kind of profit and production was stopped in 2011.

The Donald is serious about his finances.

If there’s one thing that Donald Trump is truly serious about, it’s financial matters. In March 2000, Donald Trump, with the approval of his siblings, cut off medical benefits for their nephew Fred Trump III even though Fred’s infant son was born with neurological disorder and needs the medical care. According to reports, the cutting of medical benefits all started when Fred sued his uncles and aunts because of an inheritance, which involves big amount of money, dispute.

He once praised Hillary Clinton.

This is probably the most shocking trivia you’ll ever read at this post but yes, this is true and it happened back in 2012, the year when Barrack Obama was running for re-election. In an interview, Trump said that Clinton is a terrific woman who works hard and does a great job as Secretary of State. He even mentioned that he likes her and her husband a lot.  Creepy right?

He is the only president with his own board game.

Ever heard of the board game titled TRUMP: THE GAME? If no, it’s probably because it was launched before the internet and social media existed. This monopoly-inspired board game was launched in 1989 but production was halted abruptly after numerous complaints, bad reviews and dismal sales.

Meet the 12-year-old boy who won the hearts of many by sewing hundreds of teddy bears for sick kids
Kim Kardashian and Kanye West now living in separate houses, divorce inevitable?