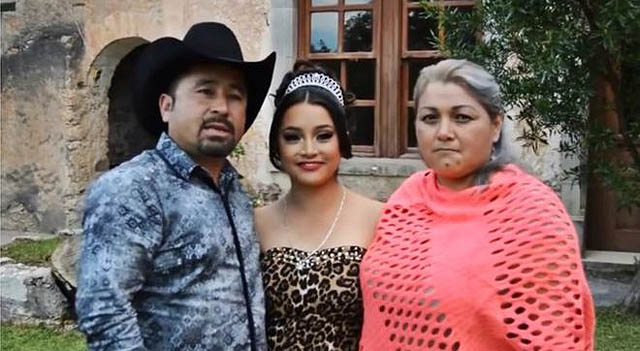 What will you do when over a million of people expressed their interest and confirmed their attendance at your birthday party?

For sure, this is the question that is haunting the mind of a Mexican dad after the video of his birthday party invitation (for her daughter’s Quinceañera) went viral. As of this writing, there are already 1.3 million confirmed attendees and still counting!

According to sources, the supposedly “for friends, family and relatives only” Facebook video invitation for Rubi Ibarra Garcia’s quinceañera has been mistakenly uploaded in “public” settings. The video invitation shows Crescencio Ibarra (the celebrant’s father) standing next to his daughter and his wife Anaelda Garcia.

“Hello, how are you? We invite you this 26 of December to the 15th birthday party of our daughter, Rubi Ibarra Garcia,” Mr Ibarra says.

At the video, Mr. Ibarra also mentioned about the three bands that will play at her daughter’s birthday party. He also talked about the 10,000 Mexican Pesos prize money for the winner of the horse race that will be held as part of the event.

He then ends it by saying that “hereby everyone is cordially invited” and the rest is internet history.

The video invitation was shared hundreds of thousands of times prompting countless of memes, blog posts and even TV interviews.

One meme described Rubi’s birthday party as the only event that can beat the crowd of Queen and Metallica concerts combined: Some businesses also jumped into the scene. Mexican airline Interjet offered 30% discount for people who will attend Rubi’s birthday party: Are you going to Rubi’s 15th birthday party? Interjet offers a 30% discount for flights to her home state

Another meme, which happens to be Crescencio Ibarra’s favorite, shows U.S. President Donald Trump and Mexican President Enrique Pena Nieto coming to an agreement to allow undocumented Mexican migrants in the US to return to Mexico for Rubi’s party: Breaking news: Deal reached so Mexicans can attend Rubi’s 15th birthday party and return to the US

Although there’s no official confirmation yet about the real numbers of people who will attend the birthday party, the local police of Rubi’s hometown is taking the turn of events seriously. One local lawmaker said that hundreds of police would be deployed to the village (where the party will take place) and the roads leading to it. Red Cross and state civil defense personnel will also be posted around the village to ensure safety. Of course, this announcement also prompted a hilarious meme: In a TV interview, Mr. Ibarra said that he had no idea what happened and why his “local invitation” gained the attention of millions of Mexicans.

“We wanted to invite the people from the area, that’s all,” Mr. Ibarra said.

He also mentioned that the family had been sad for two days after their video went viral. But they got used to it and even moved the party to an open field to accommodate all attendees.

Anaelda Garica, Rubi’s mom, said in an interview that her husband made the invitation just for the people who are living in neighboring regions. She also claimed that someone must have copied it, posted it in public as if it were an invitation for the whole world.

Quinceañera is one of the most important celebrations in Mexican culture. It’s the equivalent of a traditional sweet sixteen party or an 18 years old debut. It’s a ceremony on a girl’s fifteenth birthday to mark her passage to womanhood and to present a young woman to the community. I guess nothing will beat this Quinceañera of Rubi Ibarra Garcia.