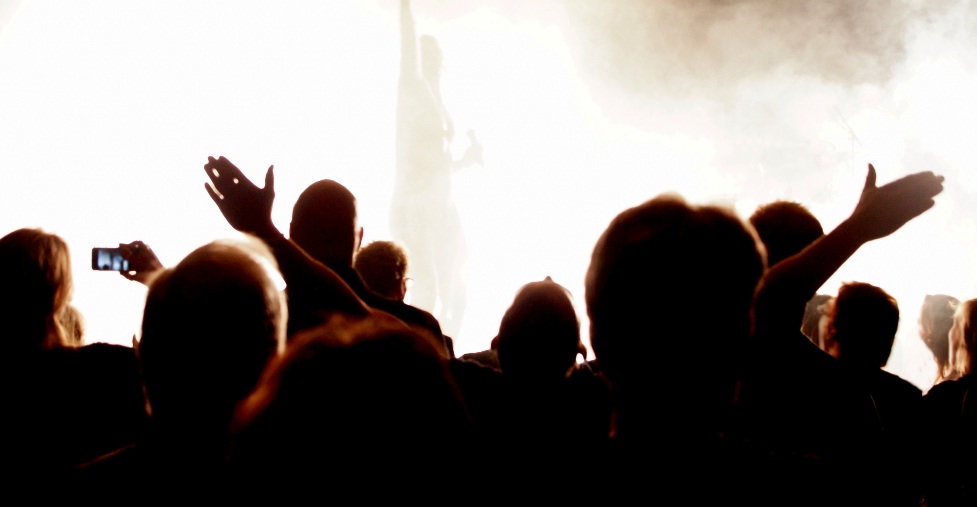 Talent search shows has changed the face of popular television nowadays. It has become an instant hit all over the world because of its entertainment value. For some, there are series filled with pressure, excitement, moments of laughter, extraordinary talents and drama. And the fact that the producers behind are always on the lookout for new ideas in making the show more alluring, then definitely that would be one of the reasons for their high ratings.

Most talent search shows have a life-changing grand prize and often offer an open door to an industry especially to people whose talents and personalities were acknowledged!

Indeed, talent shows produce huge stars like Jennifer Hudson (American Idol), One Direction (X Factor), Susan Boyle (Britains Got Talent), Jabbawockeez (America’s Best Dance Crew) and many more. For a talented individual or group who has driven by passion and determination, to audition to any talent shows will be like a stepping-stone for a bright career. It can be in the field of singing, dancing, modeling, cooking, fashion designing, etc.

However, there are times that it is not about winning the whole thing that matters, as Jennifer Hudson said “Everything has its time. I think it should just allow itself to go out on top… and gracefully.” Anyways, whilst knowing all these, below is the top 10 list of most watch American talent search shows that capture the emotions of America, the source of its popularity. In addition, if you think you got what they looked for, then you can audition!

Are you fun of cooking? Do you have your unique recipe to present? Then the Next Iron Chef is for you!

It is a series on the Food Network produced by Eytan Keller and hosted by Alton Brown and “The Chairman” Mark Dacascos. Each season a number of chefs are competing to be the designated chef who will appear on the Food Network program Iron Chef America. Previous winners were Cleveland restaurant chef Michael Symon (Season 1), Chicago-born Ecuadorian-American chef Jose Garces (Season 2), chef Mark Forgione (Season 3), chef Geoffrey Zakarian (Season 4) and Alex Guarnaschelli (Season 5).

Do you have a dance group? Does your group perform wide range of dance styles like breaking, popping and locking? If your group does, then better join the America’s Best Dance Crew!

ABDC is its often abbreviation. America’s Best Dance Crew was produce by American Idol judge Randy Jackson and hosted by Mario Lopez and Layla Kayleigh. It features dance groups from United States and around the world competing for a $100,000 USD and the Golden ABDC trophy. So far, the number of seasons of ABDC to date is seven (7). Previous winners were Jabbawockeez (Season 1), Super Cr3w (Season 2), Quest Crew (Season 3), We Are Heroes (Season 4), Poreotix (Season 5), I aM mE (Season 6) and Elektrolytes (Season 7). Do you have the singing voice that will wow the judges and audience? How about the confidence and stage presence? If you have all of these then you better try The Voice audition!

This is another American talent show on the NBC television network produced by John De Mol. It is considered as part of the international series because it is based on the reality singing competition “The Voice of Holland”. Each season the four musician coaches – Adam Levine, Christina Aguilera, Cee Lo Green and Blake Shelton will mentor singers to become artists. The series consists of three phases: a blind audition, a battle phase and a live performance. Previous winners were Javier Colon (Season 1), Jermaine Paul (Season 2) and Cassadee Pope (Season 3).

Is designing a dress your ultimate passion? Can you design a dress under a tight deadline? If you do then Project Runway can be the perfect talent search show that you can participate!

Supermodel Heidi Klum hosts the reality series Project Runway on Lifetime Television. This is where impassioned fashion designers compete with each other to create the best dress under an extremely tight deadline and get the chance to break into the fashion industry. One or more designers are eliminated every week after presenting their work to the judges’ panel.

Do you have an extraordinary talent that will entertain people? How about a heart-warming life story? It may or not be a factor but you can definitely try your luck in America’s Got Talent!

Do you have the height of some Victoria Secret Angels? How about having the knowledge of some fashion modeling terms? If you think you got what it takes to become a model then America’s Next Top Model could be your kickstart!

America’s Next Top Model started in the year 2003 and was created and hosted by model Tyra Banks. It is a reality series wherein a number of women compete for the title and a chance to start a modeling career. Additional prizes were cover and 6 page spread in Seventeen magazine, contract with Covergirl cosmetics. In addition, after first or second elimination all remaining contestants will undergo makeovers, and a trip to an international destination for the remaining five or six contestants. Moreover, it was last 2004, during its peak season when its viewership became 6,130,000. Do you love to be the head chef position at chef Gordon Ramsay Steak in the Paris Hotel, Las Vegas, Nevada? No worries, be one of the restaurateurs in the Hell’s Kitchen for it will give you the opportunity when you win!

Another cooking competition that also loved by America is the Hell’s Kitchen that is based on a series broadcast in United Kingdom. Its host is the British renowned-chef Gordon Ramsay. In this competition, aspiring chefs will undergo intense challenges and prove that they can survive the stress working in one of Ramsay’s kitchens. Previous winners who won the life-changing grand prize were Michael Wray (Season 1), Heather West (Season 2), Rahman Harper (Season 3), Christina Machaper (Season 4), Danny Veltri (Season 5), Dave Levey (Season 6), Holli Ugalde (Season 7), Nona Sivley (Season 8), Paul Niedermann (Season 9) and Christina Wilson (Season 10). Do you have that voice that inspires people? How about the personal qualities like charm and sense of humor? If you are a singer or musician who dreams to pursue a professional career in the music industry, then grab the chance to audition in The X Factor USA!

The X Factor USA is another singing competition created by Simon Cowell. It features aspiring music artists, musicians and singers competing $5 million recording contract with Syco and Sony Music. It consists of auditions in front of producers and then the judges with a live audience, bootcamp judges’ houses and then the live finals. Previous winners were Melanie Amaro (Season 1) and Tate Stevens (Season 2).

2 – Dancing with the Stars

If you are a celebrity, who loves to learn dancing like Salsa, Tango, or even Latin then Dancing with the Stars can be your stepping-stone to hone your dancing skills!

Dancing with the Stars is a dance competition in US that is based on the British series “Strictly Come Dancing” where the contestant pairs consist of a celebrity partner up with professional dancers and compete each other in weekly elimination rounds for judges’ points and audience votes. Brooke Burke hosts the show. Furthermore, it was in the year 2010 when the viewership was 20,000,000 during its peak season.

Are you are a singer, vocalist or music artist? Is being a solo recording artist your biggest dream in the future? Then you better keep that burning desire into yourself and go for an audition to be the next American Idol!

American Idol is another singing competition created by Simon Fuller and produced by Nigel Lythgoe. It is part of the Idol franchise based on the British show Pop Idol. Ryan Seacrest hosts the competition and it is all about finding a new solo recording artist out of 10 or more official contestants. Every week, one or two contestants who got the least amount of votes will be eliminated, until such time the winner will be determined by the viewers during the Finale (Final 2). Previous winners were Kelly Clarkson (Season 1), Ruben Studdard (Season 2), Fantasia Barrino (Season 3), Carrie Underwood (Season 4), Taylor Hicks (Season 5), Jordin Sparks (Season 6), David Cook (Season 7), Kris Allen (Season 8), Lee DeWyze (Season 9), Scotty McCreery (Season 10) and Phillip Phillips (Season 11).