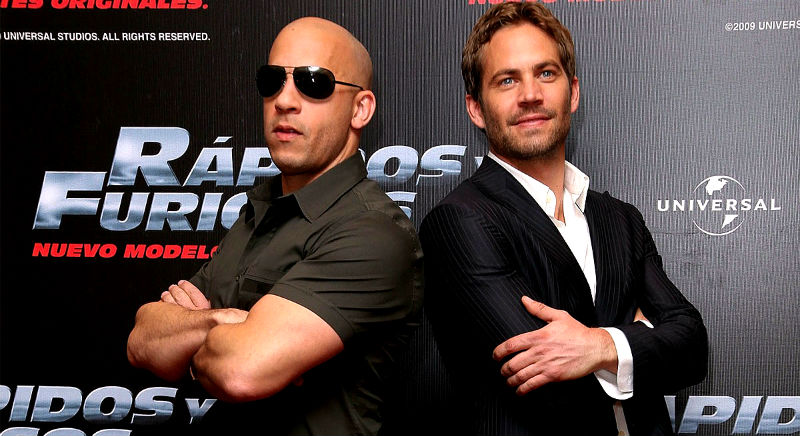 In a touching tribute that touched the hearts of many fans, Paul Walker’s “ghost” was placed alongside Vin Diesel and shared by Jeffery Raymond Frohlich on Facebook.

This quickly went viral and has gained over 500,000 shares less than a week later.

Paul is undeniably one of the most promising actors of this generation yet his life was snuffed by an accident which embodied his fast-paced life in the movie series he is best associated with: Fast and Furious.

The star died in a horrific car crash last November 2013 but his memory lives on in the hearts of his daughter, his friends, and his millions of fans across the globe.

With the recent release of Furious 7 wherein some of his parts had to be done by his brothers (who were then digitally replaced with his face), tributes from friends and fans have once again taken the internet by storm.

The best example is this “ghost” picture where he appeared to be chatting with pal, Vin Diesel. Frohlich simply captioned the photo with “How many will share for Paul Walker…” yet the image was so poignant that the post goes viral mere hours after it was posted.

The image was also quite touching because Vin Diesel had also done a tear-jerking tribute, singing “See you Again” for Paul.

Afterwards, in a backstage interview, Vin jokingly denied it was him who sang the song on stage.

Even without him saying it, it was clear that this tough guy misses his good friend a lot.

Vin mentioned that Paul wanted to do Furious 8 (F8) and was so sure the movie is going to come to fruition. Sadly, he would not be there to make the movie a reality yet a teary eyed Vin vowed they would make sure the film pushes through.

Paul had been an integral part of the movie franchise that even if he won’t be around for the next installment, he would still surely be involved in it in one way or another.

I truly find it touching the way Vin said, “Furious 7 was for Paul; Furious 8 will be from Paul.”

Yes, there won’t be a Paul Walker in F8 but we are definitely looking forward to seeing that movie in the near future!