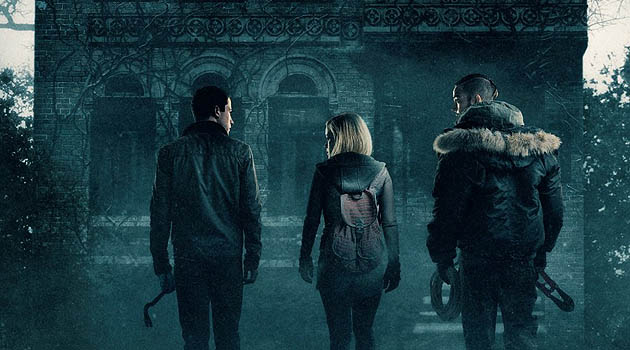 Halloween is just around the corner! Time for the traditional Halloween costumes, candies, cookies and parties to take over!

And if your yearly Halloween traditions includes watching scary movies, this list will surely serve you well!

While this movie list does not include the usual Halloween characters like zombies and vampires, I am quite sure it won’t fall short to your “perfect-film-for-Halloween” expectations.

This list of best scary movies of 2016 will surely keep your Hallows’ Eve more thrilling, fun and full of excitement.

If you are a true fan of the thriller/suspense/horror genre, you will surely love this amazing film.

Don’t Breathe is a new breathe of life to the usual thriller/horror plot of “people trapped in a maze-like house with a psycho killer” story.

It has lots of twists and turns that will keep you guessing all throughout its runtime.

With the amazing performance of Stephen Lang, this $10 million budget film became one of the highest grossing scary films of 2016.

According to records, Don’t Breathe already reach the $150 million marker and still counting!

This film just proves that the budget of a movie is sometimes a non-factor when it comes to producing a blockbuster film.

With the budget of $70,000, this Netflix release became one of the most talked about thriller/suspense/slasher film of 2016.

What makes this movie special is the way Kate Siegel character responded to his attacker.

Her self-defensive approach is much more realistic compared to other slasher/home invasion films we all witnessed from the past.

Hush will surely get your undivided attention once the tension builds up.

With a mix of drama and good acting by all characters involved, this suspense-filled horror film truly became one of the best films (all genres) of 2016.

The Witch had its formal release way back 2015 but it was only in 2016, when it was released at the mainstream public, that it became a blockbuster hit.

The cinematography, screenwriting, directing and the acting of all people involved in this film is truly one of the best I’ve seen in a horror genre.

This “New England folktale”, as what director Robert Eggers called it, will leave you speechless and baffled in a good way.

If you love films that keep you guessing all throughout its runtime, 10 Cloverfield Lane will surely satisfy you!

This end-the-world film (or sort of) that stars John Goodman and Mary Elizabeth Winstead is full of mystery, twists and turns that will make you question what’s really happening.

Movie director Mike Flanagan (Hush, Before I Wake) is truly a master of horror and suspense-filled films.

He managed to transform a usual “possessed child” plot into something more eerie and scary that horror fans loved.

This is way better and different to the Ouija film that was released in 2014.

Ouija: Origin Of Evil is truly a chilling and nerve racking film that deserves a spot on your list of movies to watch this Halloween

There you have it! My list of 2016 scary films perfect for Halloween viewing! And just in case you wanted more option, here is my list of honorable mentions.

Lights Out, The Shallows, The Conjuring 2, Jack Goes Home, The Veil, 31, Before I Wake, Cabin Fever, Clown, Blair Witch.

Take a look at the first official Guardians of the Galaxy Vol. 2 teaser trailer and poster.
Wow! Valerian and the City of a Thousand Planets official teaser trailer looks amazing!