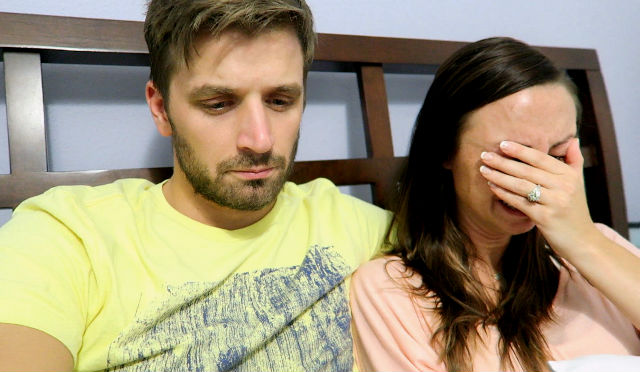 Remember Mr. Sam and Nia Raders, the Vlogger couple whose video revealed they were expecting a baby became an instant internet sensation? Recently, there’s a sad turn of event as the couple confirmed they have lost their child.

Reported by CBS News, The vlogger couple posted a video a few days ago on their YouTube channel in which he announced that his wife was expecting after he took a pregnancy test behind her back which was viewed by more than 10 million hits.

Now, the American couple has sadly shared the heartbreaking video about the news that Nia has a miscarriage.

“We were so happy and you could see in our vlog from yesterday, we were just so overjoyed,”

“And it was like a huge celebration. And then it – bam – it just hit us like a bomb.”

The YouTube video that was uploaded last Wednesday, Sam revealed to his wife and their two children that Nia was pregnant. He broke the news after stealing a urine sample to carry out a pregnancy test.

Three days later they created another vlog in which they share the heartbreaking news.

In the latest video, Nia found out she had miscarried she adds:

“I stood up and I just felt empty.

I am mourning with those of you who are feeling this.

“I’ve never experienced with Sam what I went through last night. We really, for the first time in our marriage and our relationship, grieved together.”

He said the experience has made the family “stronger”.

“It’s made me appreciate my children more and look at them in a different light.”