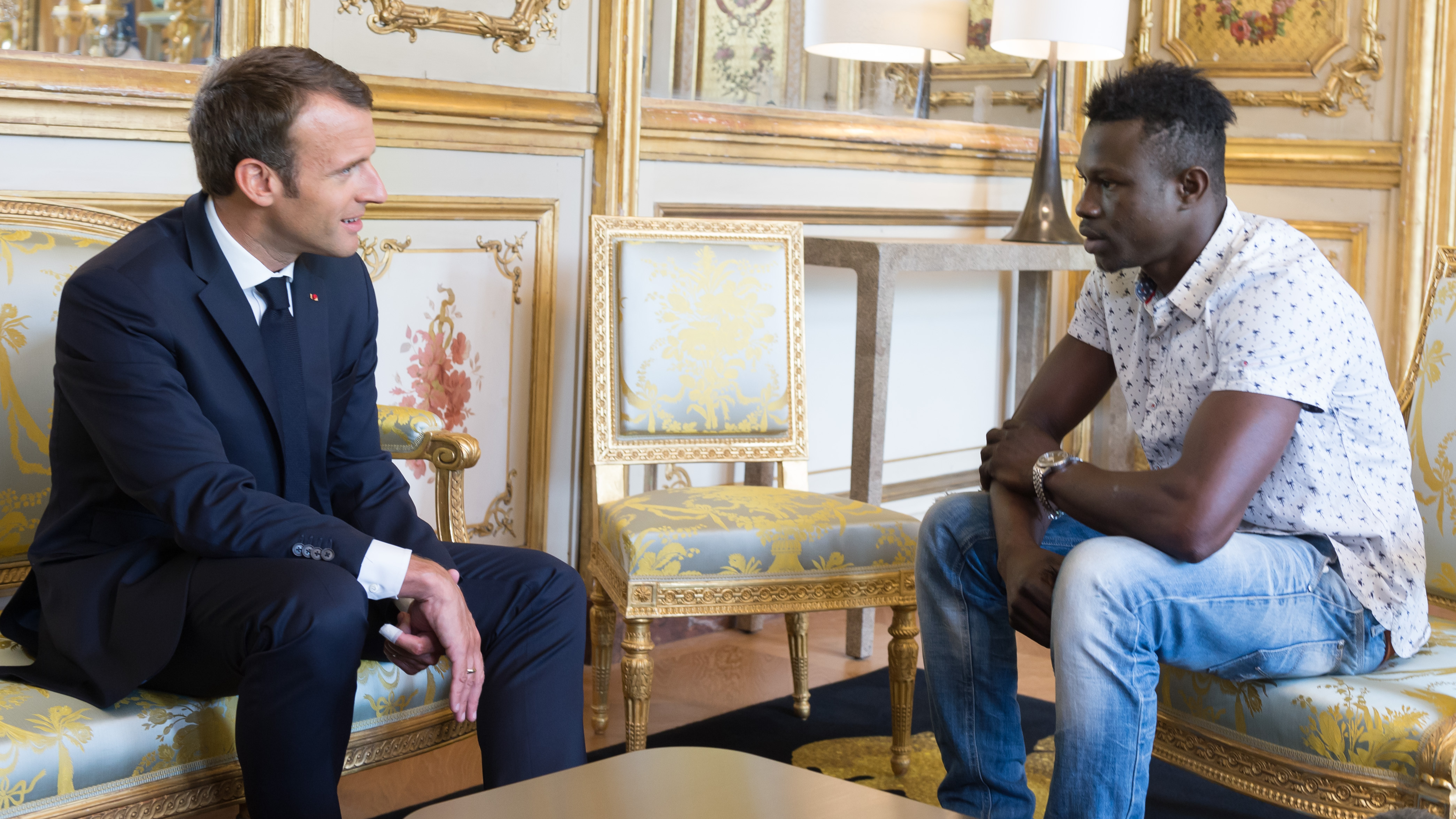 When 22-year-old Mamoudou Gassama heard commotion at the street, he looked up to see a kid dangling dangerously from a balcony that was 4 floors up.

Not sure how long the kid had been there and knowing the boy just might let go of his grip on the balcony out of fear and fatigue, Gassama leaped into action. He was not even sure if he could do it but he began to scale the balconies, hoping that he would reach the kid just in time.

There were neighbors holding on to the boy’s clothes but they were unable to cross to the other side to get a better grip on him. One false move and the kid could fall. In the video shared by Habib Bibou, it was clear that there were others who also attempted to climb the balcony but while the first floor was much easier to reach, everyone else was stumped as to how they could reach the second floor – and the kid was four floors up!

But Gassama was able to scale the balconies, climbing up the balconies as if there were invisible ladders guiding his movement up the building.

The video was fast-paced and will keep you hanging at the edge of your seat!

In seconds, the hero was at the second floor balcony and already reaching for the third floor balcony! The crowd cheered hard as he made it to the fourth floor. He quickly grabbed the kid and hoisted him to safety. Whew!

No wonder Gassama has been dubbed as a ‘real-life Spiderman’! That was a truly amazing feat. The rescuers arrived and were rather shocked that the job was done by this young man.

Asked why he did it, Gassama admitted that he had only done what he thought should be done to save the child. Paris Mayor Anne Hidalgo praised Gassama for his heroism, as did everyone else. He told the mayor that he’s a Malian immigrant who wished to stay in France.

“I replied that his heroic gesture was an example for all citizens and that the City of Paris will obviously be keen to support him in his efforts to settle in France,” the mayor revealed.

Within hours after saving the kid, Gassama was invited by French President Emmanuel Macron to meet him at the Presidential Palace. “Because this is an exceptional act … we are obviously, today, going to regularize all your papers, and if you wish we will start nationalization procedures so you can become French,” the president promised.

“You saved a child. Without you, no one knows what would have become of him. You need courage and the capability to do that. You have become an example because millions have seen you.”

He was also offered a job as firefighter, something that would surely be perfect for him! He certainly had the guts and capabilities to become one!

Meanwhile, investigations showed that the child was left alone at the apartment by his dad who had gone out to do some shopping. Uh-oh!