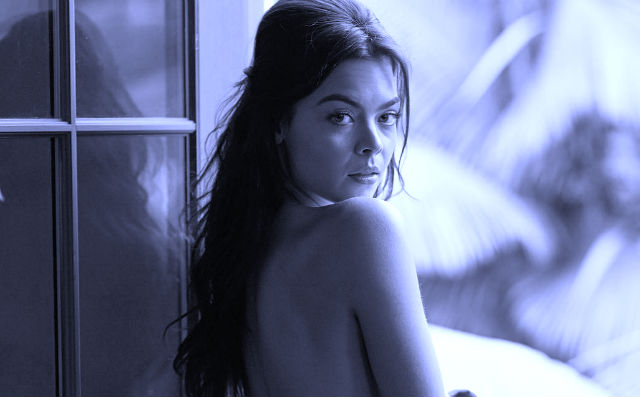 This “Harry Potter” actress cast an Evanesco spell on her clothes!

Scarlett Byrne, best known for her roles as Pansy Parkinson in the Harry Potter series “The Half-Blood Prince” and “Deathly Hallows Part 1 and 2,” reportedly posed nude for Playboy’s March/April 2017 issue.

Byrne, 26, recently posted a sophisticated black and white photo this week, with a caption that she’s “very proud” to be featured in the infamous men’s magazine.

“The Vampire Diaries” actress thanked Cooper Hefner, the publication’s chief creative officer who happens to be engaged to Byrne.

She also included the hashtag #NakedIsNormal, which refers to Playboys’ return in the bare department after it temporarily scrapped its decades-long tradition of featuring nude women.

I'm very proud to be a part of the March/April issue of Playboy. I penned a short essay along with my pictorial titled, "The Feminist Mystique". A big thank you to @Playboy, the creative team, and @cooperbhefner for such a unique opportunity. #NakedIsNormal

Byrne began her acting career in 2005 in the short film CryBaby, before portraying Chloe Daniels in an episode of the British TV drama Doctors, though she had previously auditioned for the role of Luna Lovegood in Harry Potter and the Order of the Phoenix.

In 2009 Byrne got the role of Pansy Parkinson in the sixth film in the Harry Potter series, Harry Potter and the Half-Blood Prince, before reprising her role in the final two films of the series.

Following the end of the Harry Potter series, she played Brittany in Lake Placid: The Final Chapter, as well as appearing in several short videos written by fellow Harry Potter actor Jessie Cave for her website Pindippy.

In 2015 she joined The Vampire Diaries as witch-vampire hybrid, heretic, Nora Hildegard. Byrne was a major recurring character in the seventh season of the series and appeared in twelve episodes of the season.