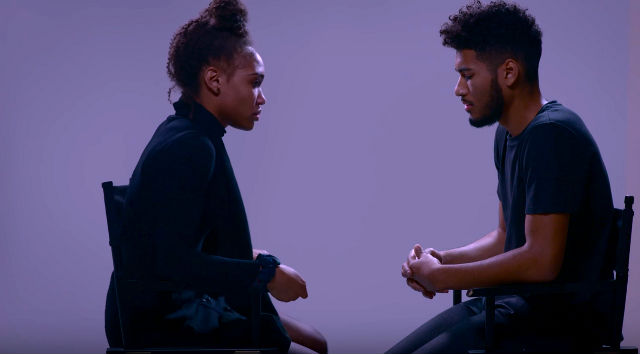 #HURTBAE: The viral video that offers painful insight into aftermath of cheating

How does it feel to break up with someone you loved specially when there’s a third party involved?

That must be the most common question you get when you search for a topic in the feels department.

Recently, a #HURTBAE video has been getting attention in the biggest video platform, Youtube that may offer painful glimpse into aftermath of cheating within the relation.

Kourtney and Leonard are former couple that decided to share a candid conversation about their previous relationship and how it ended over YouTube.

The result was a viral video that has made women buzzing on social media who can relate to Kourtney’s pain as she looked him in eyes when she recalls Leonard cheating on her.

The 7-minute video clip has a huge impact and tug some lose strings in the heart because everyone are able to watch Kourtney’s unfiltered reactions as Leonard answers her questions.

Leonard is painfully honest, which leads one to believe that he isn’t trying to hurt his ex; instead, he is committed to being totally truthful with her maybe for the first time ever.

The video posted by The Scene channel is an insight into a young couple’s history and shows both sides of a relationship once infidelity has occurred.

Women in Kourtney’s situation usually blame themselves, while men like Leonard have a hard time expressing themselves or even articulating their guilt and or remorse.

The trending video has garnered a million views and still counting.

The channel explains in the excerpt that “The exes came together to talk about how infidelity impacted their relationship.”

The emotional video has sparked a viral Twitter trend, #HurtBae and people has reacted positively since almost everybody has somewhat can relate to them.

#hurtbae @SCENE : when she said "because you're my best friend" but we all know she wanted to say "because I love you" pic.twitter.com/vFWuWfLFF6

All of us when he said "I didn't count." #hurtbae pic.twitter.com/HK2YAyPwaF

How she was vs how I would have reacted. #HurtBae pic.twitter.com/9o1O9fAb9m