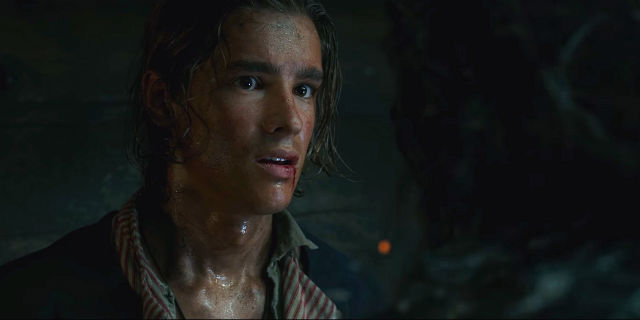 Take a peek at the exciting Pirates of the Caribbean 5 – Dead Men Tell No Tales trailer!

HenSpark / Latest Stories / Movies and Films / Take a peek at the exciting Pirates of the Caribbean 5 – Dead Men Tell No Tales trailer!

The film will also feature the return of Orlando Bloom as Will Turner, Geoffrey Rush as Captain Barbosa and the appearance of Academy Award winner Javier Bardem as Captain Salazar.

Here’s the official synopsis/storyline of arguably one the most anticipated films of 2017:

Captain Jack Sparrow finds the winds of ill-fortune blowing even more strongly when deadly ghost pirates led by his old nemesis, the terrifying Captain Salazar, escape from the Devil’s Triangle, determined to kill every pirate at sea…including him.

Captain Jack’s only hope of survival lies in seeking out the legendary Trident of Poseidon, a powerful artifact that bestows upon its possessor total control over the seas.

Aside from the usual casts of the film, Dead Man Tell No Tales also includes Kaya Scodelario (The Maze Runner), Golshifteh Farahani (Exodus: Gods and Kings), Brenton Thwaites (Gods of Egypt) and added to the mix is Paul McCartney.

The film franchise hired the expertise of Jeff Nathanson, the man behind Tower Heist, Catch Me If You Can, Indiana Jones and the Kingdom of Crystal Skull, Rush Hour 2 and 3, to work on the screenplay.

The first and freshly released trailer of this film has certainly built more excitement for fans and moviegoers.

With a pair of exciting directors, addition of great names and actors, this film will surely take 2017 by storm.  Pirates of the Caribbean: Dead Men Tell No Tales will hit theaters nationwide on May 26th, 2017.

Watch the Pirates of the Caribbean 5 – Dead Men Tell No Tales Teaser Trailer: