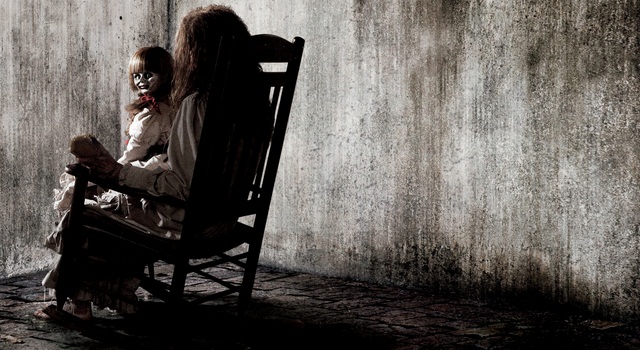 10 of the Hair-Raising Horror Films Based on True Stories

Let me begin by saying that out of thousands of classic horror films, only few precious and well-crafted ones can actually hit you like a ton of bricks. These movies were brilliantly worked along with its technical qualities building creeping mood for viewers filled with consternation inducing suspense and sometimes with paranoid delusions.

For horror films, most of its plots are too cliche. There are stories about austere and haunted houses with malevolent forces, exorcisms performed by priests to innocent victims of demonic possessions or even evil entities and demons seen by the main characters. Whatever it is, it will always boils down its affectivity as a horrific film on the screams and gasps from the audience.

On the other hand, as a huge horror fan seeing this phrase or tagline, “Based on a True Story” included to the film title really adds up to the amount of terror, thus making it more frightening and something to be looked forward to watch. So below I prepared a list of hair-raising horror films that based on true stories that I think elicited a heart pounding effect on my end.

Independent Australian horrific Wolf Creek is a highly intense and merciless road movie. It is loosely based on the real case of the serial killer Ivan Milat who was sentenced to life in prison because he took hitchhikers into the woods and killed them. It happened in the 1990’s in New South Wales.

About the film, it has its own style that will put the chills up you. Though it moves at a fast pace but it is imaginatively convincing that will surely shock and scare you as a viewer especially when you realize that the trouble scenes are afoot.

The American exploitation-horror movie The Hills Have Eyes is another film that can actually scare the crap out of you. It was inspired by the life of Alexander Bean aka Sawney Beane who was a cannibal living in Scotland in 15th-16th century. He and his clan lived in caves and only came during the night to attack and eat their neighbors.

In this movie, you will never get bored whilst watching. It consists of a great cast of decent actors that made the look of the film realistic. It creates tensions and terrors especially in killing scenes. The message of civilization and family survival are also present.

The Entity is a horror film that will plainly terrifies you to many degrees and is based on the novel of Frank De Felitta. The movie is about Carla Moran, mother of three children that find herself being attacked by invisible presence.

The real Carla Moran was inspired by the story of Doris Bither who claimed that she experienced paranormal activity in her house. Way back August of 1974, parapsychologists Key Garnor and Dr. Barry Taff started an investigation at 11547 Braddock Drive in Culver City, California wherein on the latter part they saw lights floating and a greenish mist started to form.

One of the precious movies that will heighten your viewing experience and will chill your very bones is Audrey Rose. The movie is about Ivy, an 11-year old daughter of Janice and Bill Templeton. One day, Elliot Hover, a weirdo tells the couple that his daughter Audrey Rose died in car crash eleven years ago and her soul have reincarnated in Ivy’s body.

The film is based on the novel of Frank De Felitta where he shared his personal belief in reincarnation after he consulted a Los Angeles occultist about his six-year-old son Raymond who began playing the family piano perfectly without taking piano lessons. He was told then that his son’s talent was an “incarnation steak” explaining that the boy had lived many lifetimes.

Drawing its appeal entirely from the violence and nastiness, The Exorcist is another horror film that will surely knock off your feet and will make you scream at the screen. The movie documents the story of a 12-year old teenage girl Regan that was acting strangely and was being possessed by a diabolical demon, that served as a wakeup call for a young priest who doubts his faith after the death of his ill mother.

The film is based on the 1971 novel of William Peter Blatty that was inspired by the 1949 exorcism case of Roland Doe, pseudonym assigned to the exorcized boy by the Catholic Church. The author Thomas B. Allen later changed the pseudonym to “Robbie Mannheim”.

The horror movie An American Hunting is another disturbing film that will make you jump out from your seat by the eerie music. It is about a teenager named Betsy from Red River, Tennessee who is having frequent nightmares. It all started when Kathe Batts who has a fame of being a witch cursed his father John Bell because of lands disputes. From that moment, an invisible entity targets his daughter in particular.

The film is inspired on the novel of Brent Monahan, “The Bell Witch: An American Haunting” that is based on the legend of the Bell Witch originated in Tennessee in the early 19800’s.

The Haunting in Connecticut is an American psychological horror film which is visually very effective and will make you heart miss a few beats. The movie is about the Campbell family who moved to upstate Connecticut for the health of their son Matthew. However, their new home turns out to be a former mortuary where they started experiencing unheard-of acts from malevolent forces.

The film is based on the story of real life of Carmen Snedecker and her family who moved from Upstate New York to 208 Meriden Avenue in Southington, Connecticut to be near in UCONN hospital for their son Phillip who was receiving cancer treatments. However, their new house was haunted because it had served as funeral home for multiple decades.

American supernatural horror film The Amityvill Horror is another movie with real happenings that will endow you spine-chilling creeps. The story is about the newlywed couple along with their three children who moved in the riverside house that was previously a place of mass murder. Then they encountered strange manifestations that drove them away after 28 days.

The film is actually based on a book by the real life couple George and Kathy Lutz sharing their horrific experiences that includes hearing strange voices, cold spots inside the house and slime oozing out from the walls on their four weeks stay in the Amityville house located at 112 Ocean Drive, Amityville, New York.

Another beautifully worked uncanny horror film is The Conjuring, which is more frightening with those nail-biting scenes that might give you trouble in sleeping after watching. The movie is about Perron family who moved in a haunted farmhouse in Harrisville, Rhode Island in 1971. Following a series of strange happenings, Carolyn asked for help from paranormal investigators Ed and Lorraine Warren.

The film is based on actual events of the wholesome Perron family moving into a rustic and haunted farmhouse. This is one of the true case files of the Warrens who are the real-life couple Ed and Lorraine. They are American Paranormal investigators founded the New England Society for Psychic Research in 1952.

One of the hiding-behind-hands movies is the courtroom drama horror film The Exorcism of Emily Rose that has a realistic cinematography that creates a ghoulish ambiance building more tensions to viewers. The movie is about the priest blamed about the death of a young girl named Emily Rose whom he had performed an exorcism.

The real Emily Rose was inspired by the story of Anneliese Michel, 16-year-old German girl who suffered paralysis, starvations and devilish hallucinations for years until in 1975 when two priests performed exorcisms on her and claimed that Michel was possessed with demons. When Michel died in July 1976 because of starvation, the priests and her parents were tried and found guilty of manslaughter.