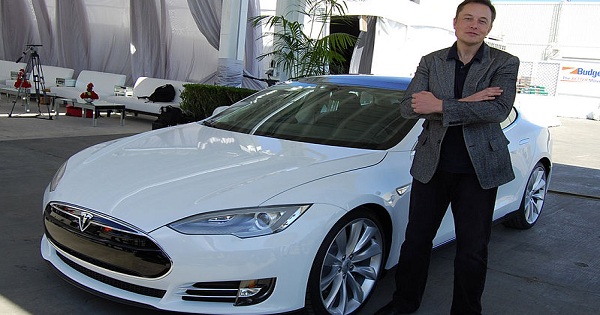 Elon Musk is one of the richest people in the world. Worth a whopping $19.2 billion as of 2018, he can afford just about anything he wants to buy. In fact, as crazy as it might sound, he actually sent a real Tesla Roadster into space – and that’s a car whose price starts at $200,000!

But would you believe that someone launched a GoFundMe campaign for Elon Musk? And the craziest thing is that it has actually surpassed its $1,000 goal many times over, receiving over $6,600 in just 3 days.

The question now is that why did someone even start the crowdsourcing campaign for one of the world’s richest people?

Ben Sullins from San Diego, California was dismayed to discover that Elon sleeps on what he calls a ‘not acceptable couch’ (Ben’s words) at the Freemont factory as part of his effort to improve Model 3 production. This guy is definitely a big fan of the eccentric billionaire, writing, “Elon Musk is transforming our world to run on sustainable energy and use sustainable forms of transportation.”

“This is the couch he is sleeping on,” Ben wrote. “As a community, we cannot let this stand. Let’s band together to buy Elon a new couch to sleep on!”

Would anyone even donate to this cause, knowing the recipient is a billionaire who can buy a million couches on a whim? And if Ben did manage to raise the money, would Elon even accept the couch?

Well, Ben knew those scenarios are quite possible. Thus, he added:

“*If he doesn’t accept our donation via Twitter reply or other means we’ll donate it to a charity.” Amazingly, more than 500 people actually donated to the cause. Many declared that they were among his biggest fans and that the money they are donating is but a small amount compared to what the world owes Elon as a ‘genius engineer and innovative product architect’.

Ben posted an update, saying that if Elon does accept the donation, he might personally deliver the couch to the Tesla factory and later post a video of the experience for all the donors to see where their money went.

So, do you think Elon is going to accept the couch?