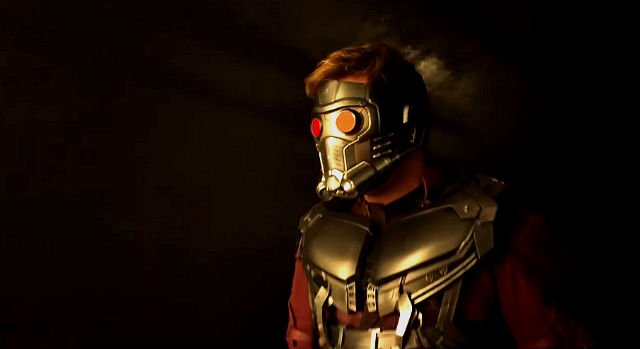 HenSpark / Latest Stories / Movies and Films / Take a look at the first official Guardians of the Galaxy Vol. 2 teaser trailer and poster.

Star-Lord and his gang of space-outlaws-turned-heroes are back! Marvel just dropped the first teaser trailer and poster for “Guardians of the Galaxy Vol. 2” and fans are totally loving it right now!

The trailer is set with the backdrop of Blue Swede’s “Hooked on a Feeling”.

The clip started with various scenes and quick cuts of the film with a voice-over from Drax who said, “There are two types of beings in the universe: those who dance, and those who do not.”

The clip then transitioned into a scene where Drax is having a heart-to-heart talk with Peter Quill.

Although the teaser trailer only lasted for few seconds, it’s more than enough time to give us a glimpse of all the characters and moments that fans should look forward seeing.

Aside from Star-Lord a.k.a Peter Quill (Chris Pratt) and Drax (Dave Bautista), Guardians of the Galaxy Vol. 2 will also feature the return of Gamora (Zoe Saldana), Rocket Raccoon (Bradley Cooper) and even Tiny Groot (Vin Diesel).

It’s truly an all star cast for a film that will surely make the next summer totally awesome!

The first Guardians of the Galaxy is one of the highest grossing movies in 2014.

It made $773.3 million worldwide, becoming the 3rd highest grossing Marvel film at the time.

Back then, Chris Pratt is not yet a household name when it comes to superhero or lead roles.

Because of its surprising success, it prompted Marvel to produce a Vol. 2 composing some of the biggest stars to backup the now huge star Chris Pratt.

They are truly banking on this one as they capitalize with the characters on screen charisma and sense of humor that people loves.

Set to the backdrop of Awesome Mixtape #2, ‘Guardians of the Galaxy Vol. 2’ continues the team’s adventures as they unravel the mystery of Peter Quill’s true parentage.

The movie is set to be released May 5th, 2017 and it is directed by the one and only James Gunn.

via Guardians of the Galaxy Vol.2 IMDB page, Marvel Entertainment